What Is An Anniversary Diamond 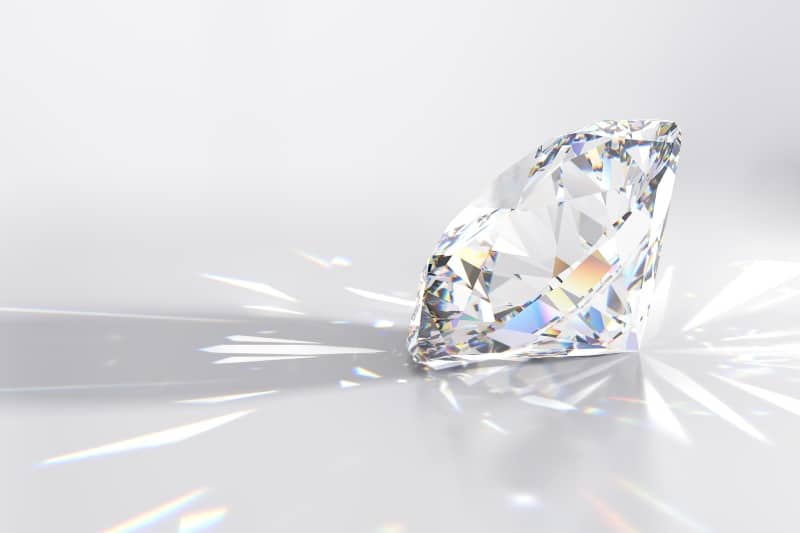 Nothing celebrates the milestones of marriage like an anniversary diamond. Serving as a cherished gift for the years shared together, the anniversary ring is a statement piece for showing continued commitment to your life partner.

Why Should You Buy An Anniversary Diamond?

After the exciting buzz of the honeymoon period fades and the routine marital life sets in, the anniversary date becomes a major calendar event for most couples, serving as a reminder and celebration of the precious time spent together during their marriage. There are no defined rules for commemorating each year of marriage, although there is something extra romantic around gifting a diamond for those special anniversary celebrations.

Match Your Rings To The Years Of Celebration

Each precious milestone comes in turn, with its own unique stone for the occasion. Carefully crafted with specific designs, gems, and metals, each ring carries a story of the anniversary it celebrates, making it imperative for customers to research their jewelry options before embarking on the ring hunt.

The first, fifth, tenth, and twentieth wedding anniversaries famously come with the biggest celebrations and, therefore, the most prized jewels. Although in today’s market, some couples are paving their own marital milestones, from every year from the first one spent in blissful matrimony to the sixth anniversary celebrated with its own dedicated ring.

Our Diamond Room team is well-versed in the celebrations, messages, and importance our customers assign to their jewelry purchases. We take the time to research the correct stone and metal in order to design the perfect piece. Based on the years you’ve spent happily together, we’ve listed below the type of rings you should be searching for, starting with the major milestones.

The first year spent as husband and wife shares the same metal as the fiftieth wedding anniversary. Thankfully, this means you have forty-nine years to get creative with your next gold ring purchase, even if you opt for a different shade of gold, such as rose, white or yellow.

Sapphire Showcases The Faithfulness Of 5 Years Together

The most prized gemstone after diamonds, Sapphire, represents the loyalty, trust, and faithfulness to your significant other shown in the five years of marriage. Customary colors include blue and pink, making it an ideal option to pair with your spouse’s tastes.

Diamonds Are For Devotion, Bringing Sparkle To Your 10th Anniversary

A decade of devotion deserves nothing more than a diamond. The ten-year mark is a significant milestone for most couples who have survived the highs and lows that come with marriage’s first years. A diamond symbolizes the strength and durability of the relationship and shows the timeless unity of the couple, making this staple stone a favorable gem for tenth-anniversary quarter-century rings.

Invest in Silver for your Silver Jubilee

Welcome to the Silver Jubilee! Couples who have hit the twenty-five-year mark can officially celebrate their silver anniversary and their halfway passage to the golden years (celebrated at fifty). Gifting silver is a tradition that dates back to the Middle Ages, where men would gift their wives a wreath of silver for their hair to commemorate the anniversary. This precious metal symbolizes the shining love and commitment shared for the last quarter-century spent together, shown in the radiance and brilliance of the timeless silver ring.

The Golden Anniversary is the pinnacle of wedding anniversaries, celebrating half a century of marriage and reflecting on the years spent devoted to one another. Couples celebrating their fiftieth wedding anniversary bring a respectable wealth of experience of married life and unquestionable commitment to one another and deserve only the most precious metals to commemorate such an occasion. The golden anniversary ring of the fiftieth year is one of the most prized of jewelry gifted and needs to be chosen with the same dedication, commitment, and respect as shared in the years of marriage being celebrated at the momentous milestone.

Which Gemstones Are Used To Commemorate The Other Years Of Marriage

Although these significant milestones are important occasions for many couples celebrating the years of devotion to one another, many modern-day partners are also honoring the years between these momentous events to mark personal goals that carry special meaning to their relationship. Here are the precious stones used for the years of marriage passed on your journey to the golden years.

Compliment Your Wedding Band With A Custom Anniversary Diamond

No matter the milestone you are celebrating as a couple, you should choose a ring that is as special and unique to you as your relationship. Whether you’re looking for a ring that compliments or contrasts your wedding and engagement bands, our Diamond Room team can design and create a piece that works in harmony with any current jewelry piece through our custom jewelry services. We handpick every gemstone we use, maximizing sparkle and class while working on your unique designs to craft a ring for this special occasion. Book an appointment at our private showrooms in Austin and Dallas for more information.

Choose your music, pour a drink, enjoy some superb hors d’oeuvres and explore the most romantic way to buy a diamond. Learn how you can schedule a Diamond Date Night.