A slogan of the company is “A Crown for Every Achievement.” This slogan perfectly captures the spirit of Rolex – a company often aligning themselves with the professionals known for their impressive achievements.

From the summits to the top of Mount Everest to deep trenches of the ocean, Rolex is there supporting and assisting great achievers. They aim to make a lasting contribution to “global culture, science and exploration.”

The precision, quality and status symbol of a Rolex combine luxury and performance into one wristwatch. 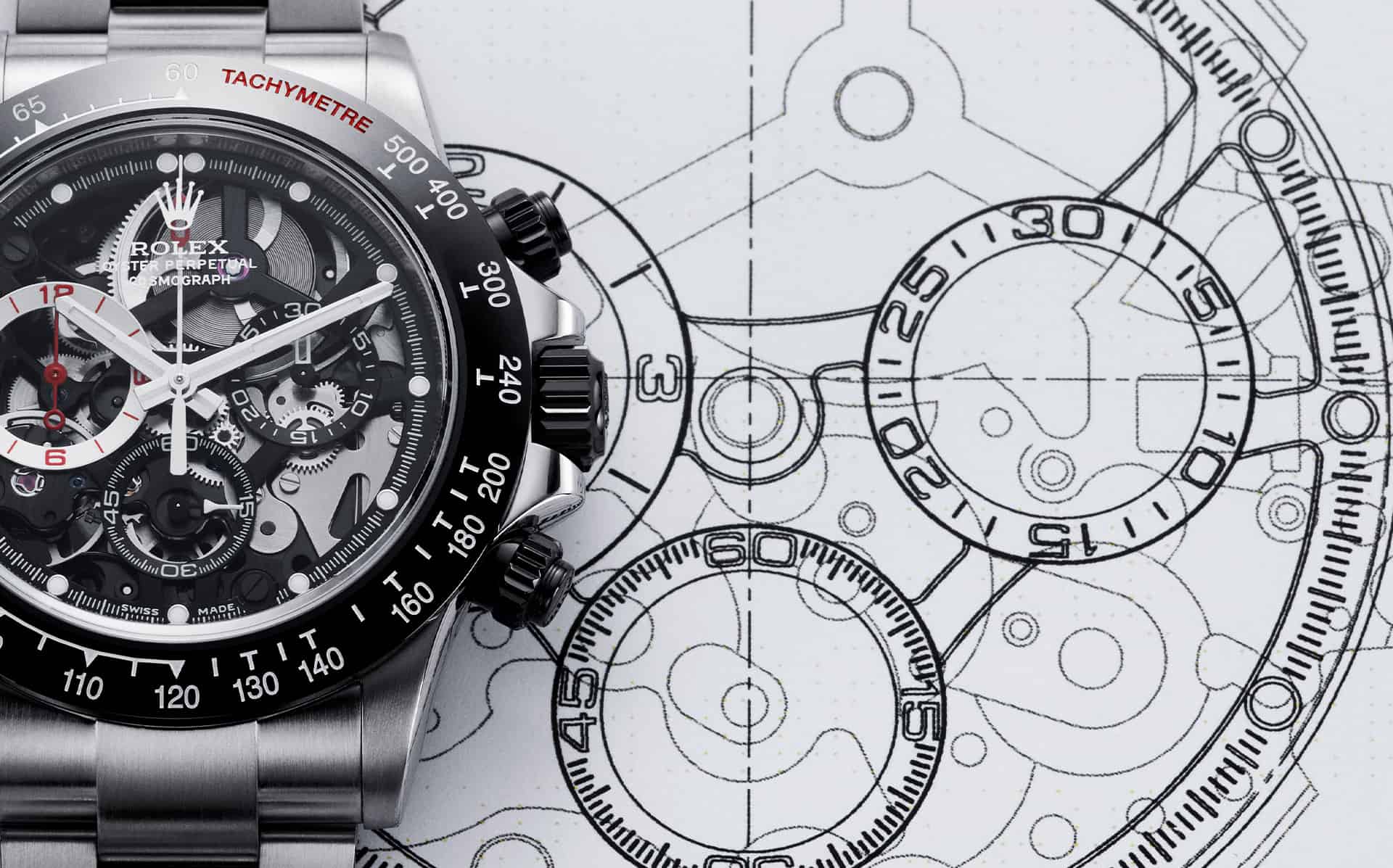 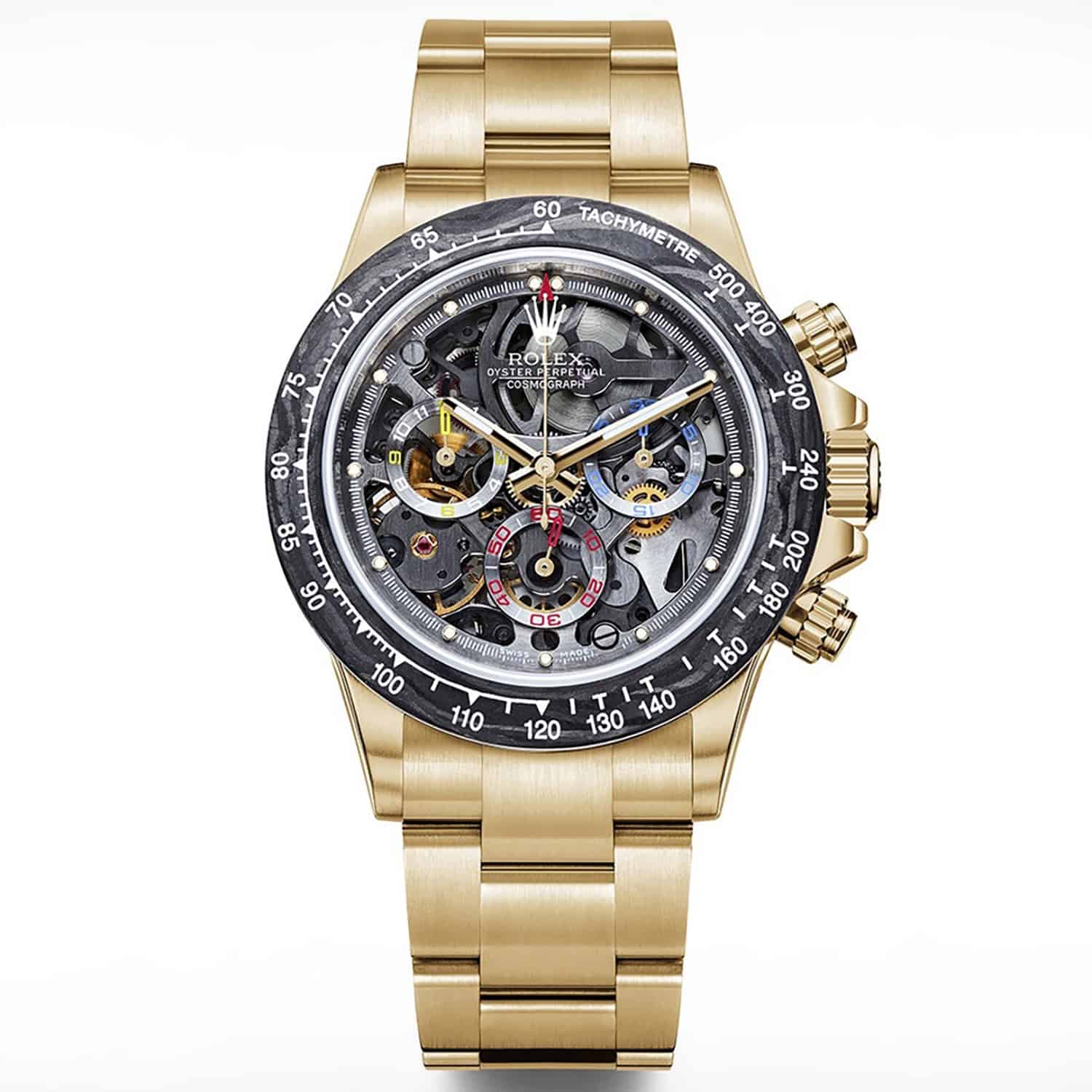 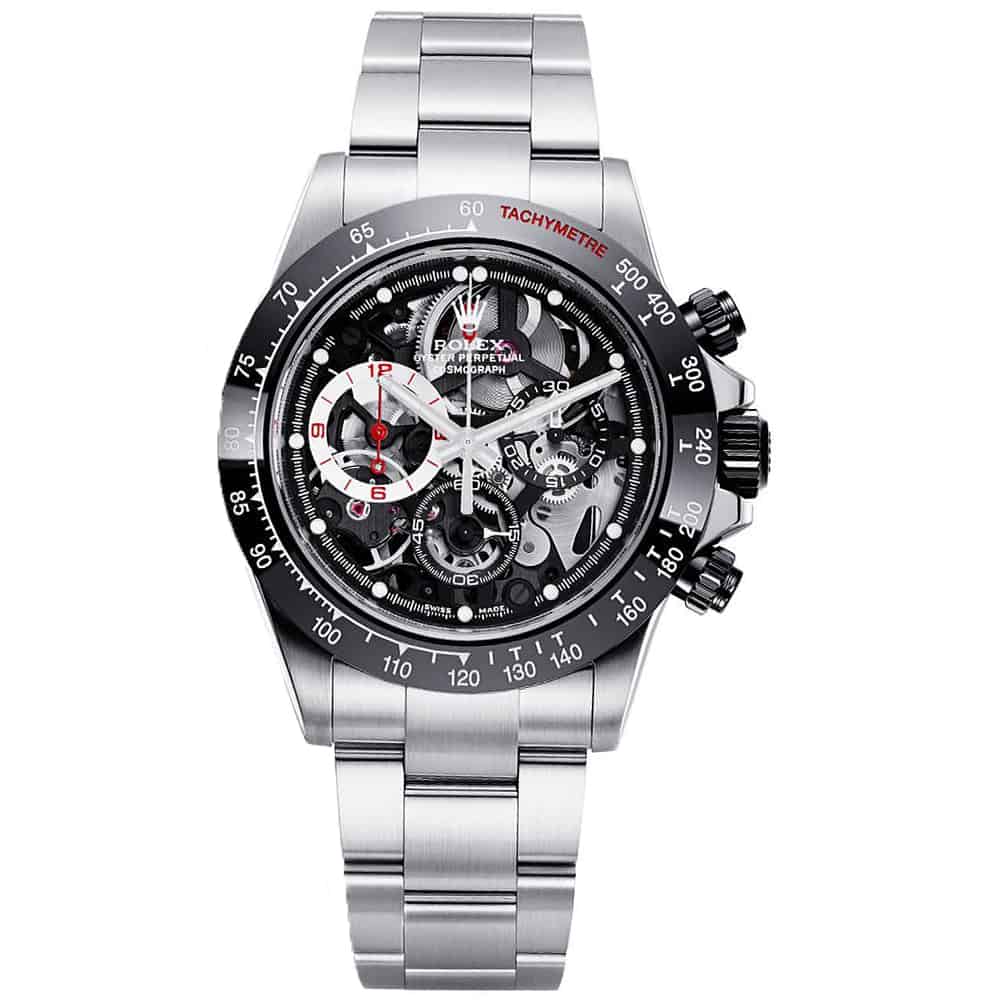 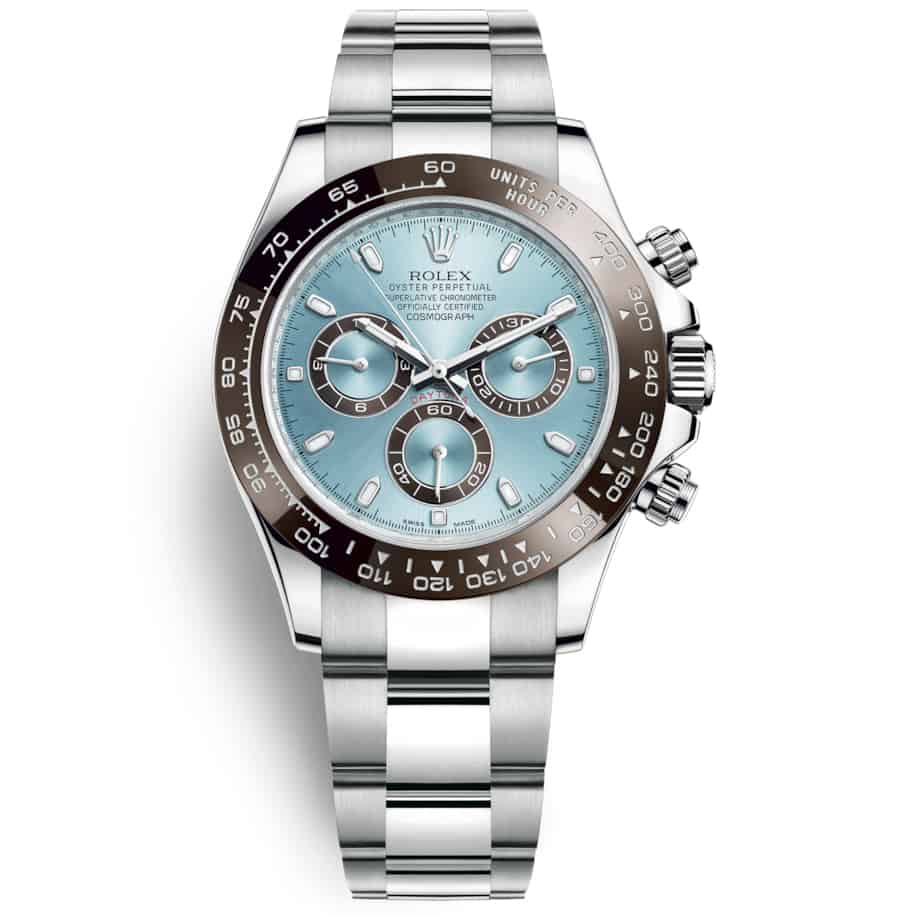 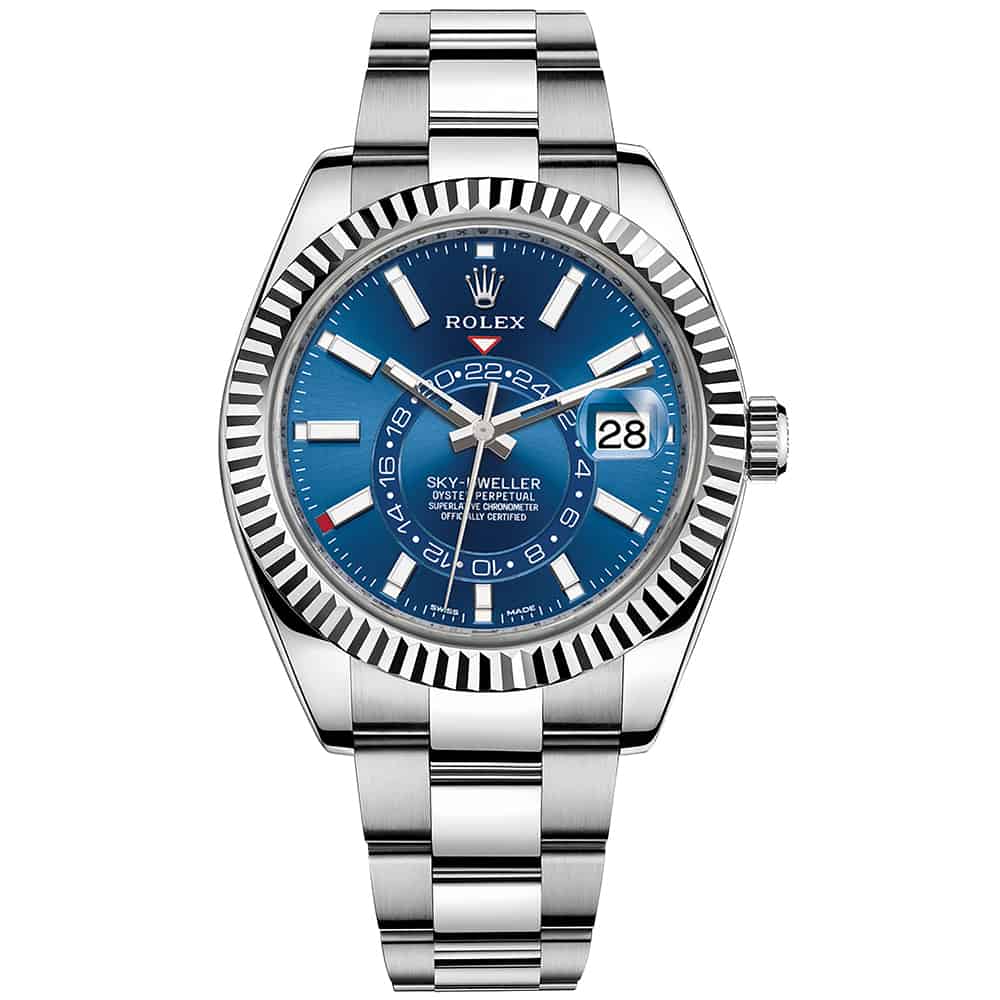 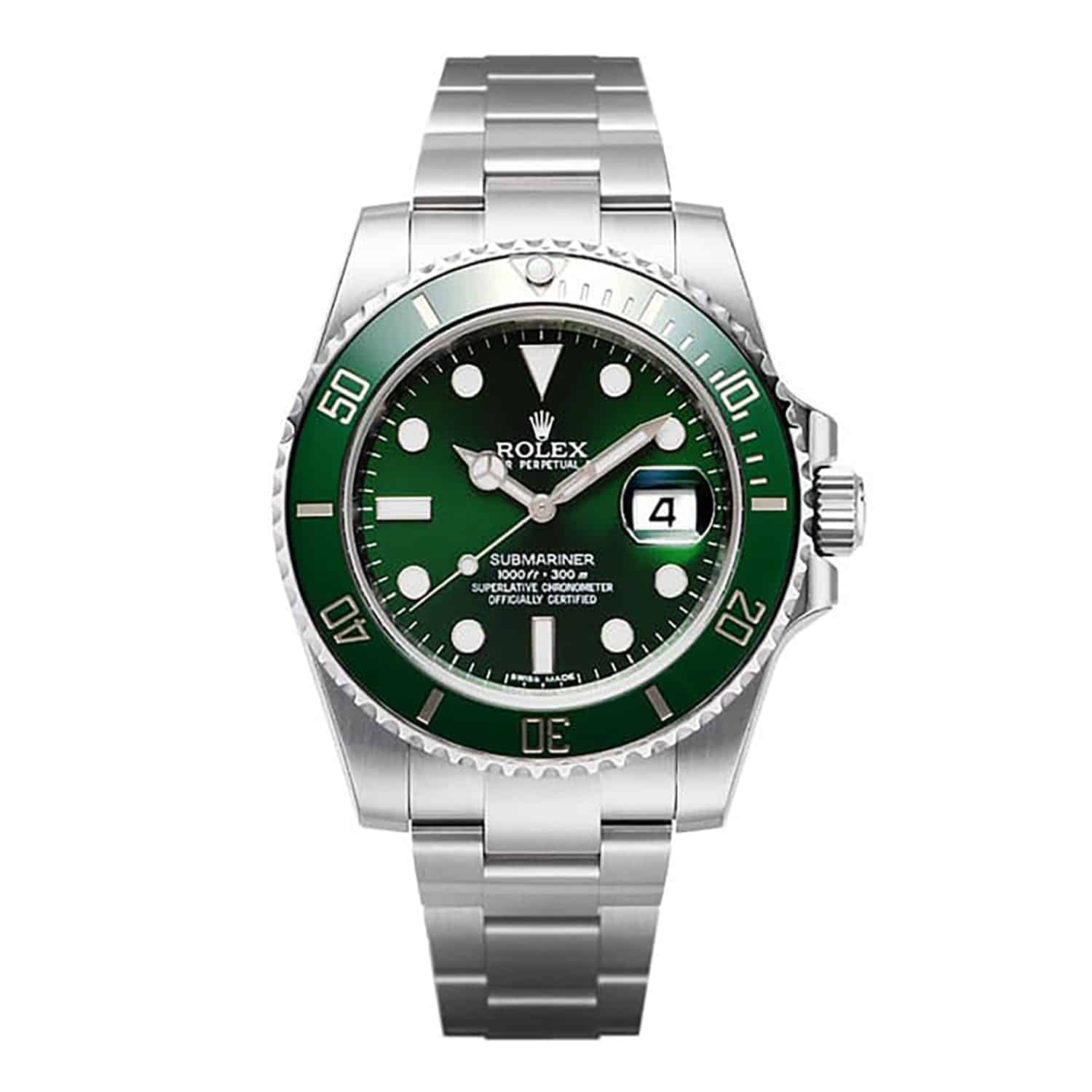 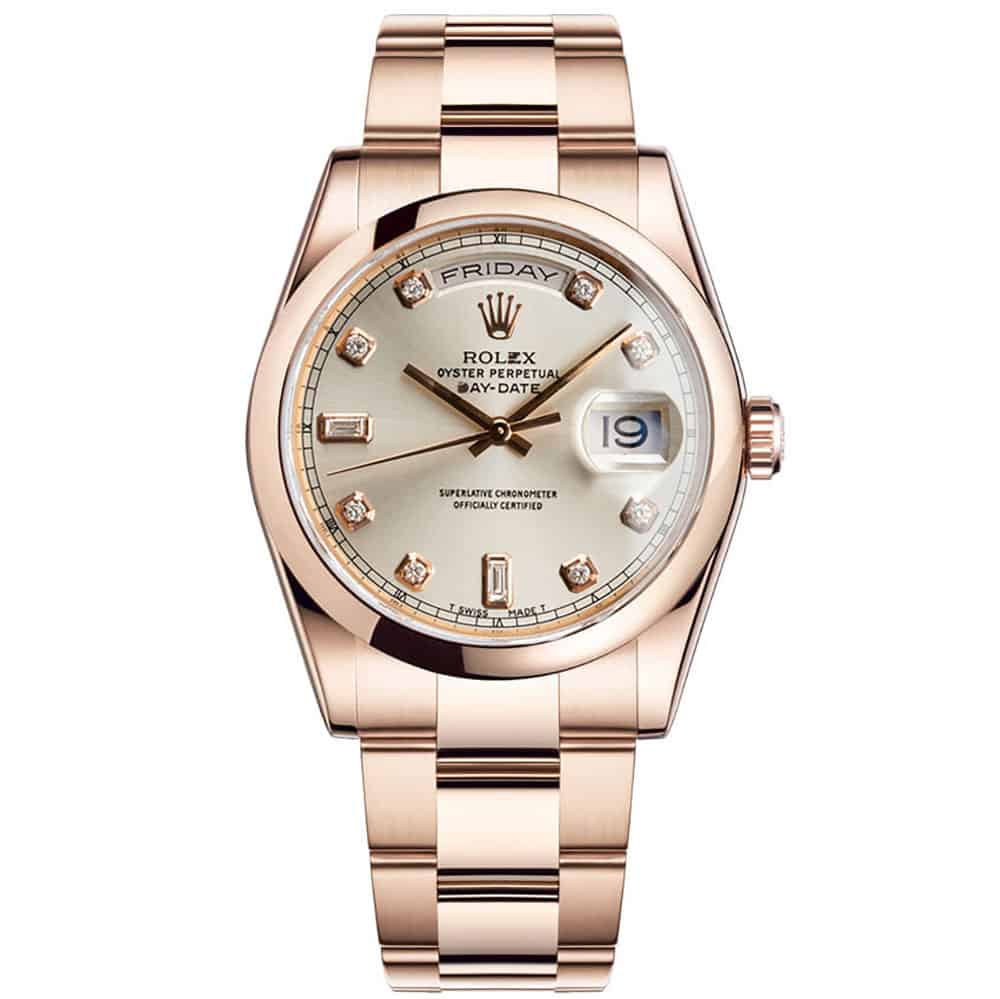 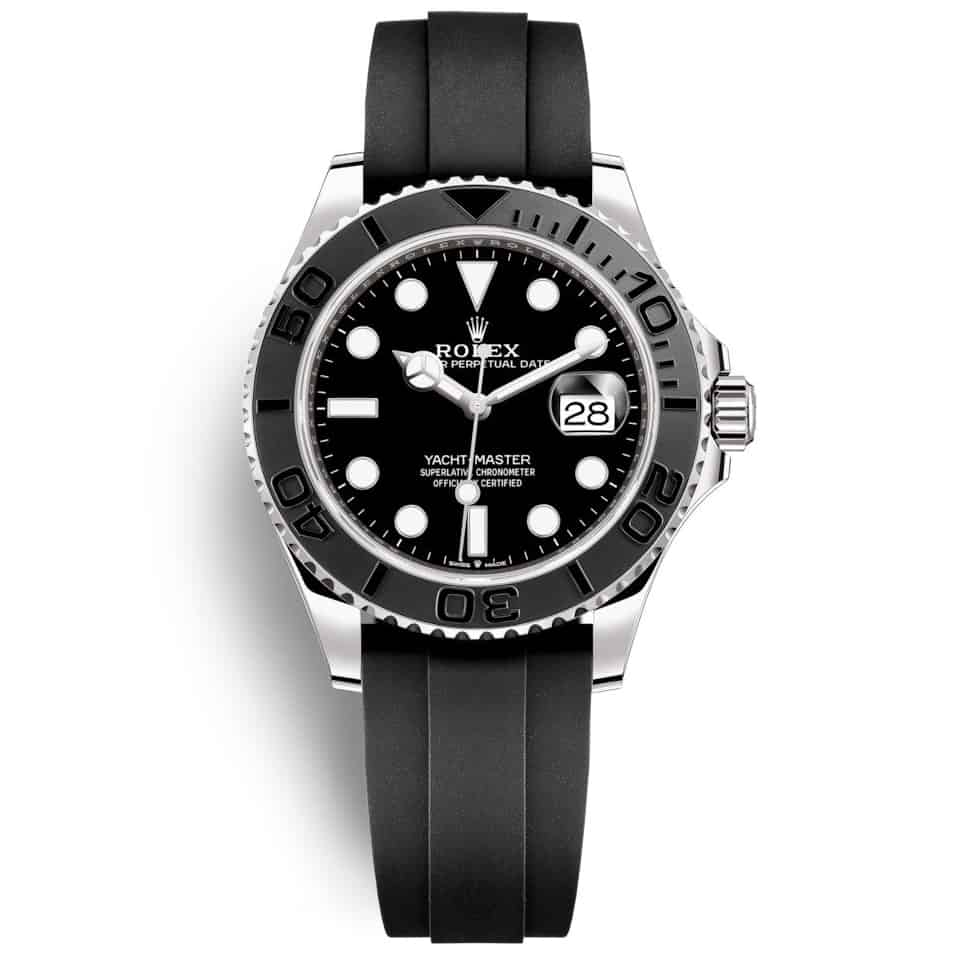 The History of Rolex

The company was founded in London in 1905 under the name Wilsdorf and Davis, named after the founders. Hans Wilsdorf had a vision for a future where watches were worn on wrists, not just as pocket watches.

At the time, wrist watches lacked precision and were not a suitable option. Wilsdorf needed to innovate the watch mechanisms to ensure their reliability. In 1908, the company changed their name to the Rolex Watch Company LTD.

Wilsdorf accredits the name inspiration to a pretty unique source:

“I tried combining the letters of the alphabet in every possible way. This gave me some hundred names, but none of them felt quite right. One morning, while riding on the upper deck of a horse-drawn omnibus along Cheapside in the City of London, a genie whispered ‘Rolex’ in my ear.”

The company was quick to see success in creating a precise wristwatch, being the first of its kind to receive the Swiss Certificate of Chronometric Precision. By 1919, the company had moved to Geneva, a Swiss city known internationally for watchmaking.

In 1926, Rolex continued to revolutionize in the watch industry by producing the first waterproof and dustproof wristwatch. This watch was named the “Oyster.” To prove it – in 1927, a swimmer wore the Rolex Oyster in a 10-hour swim across the English Channel. The watch worked perfectly.

The next innovation came in 1931 when the company invented the world’s first self-winding mechanism. The watch was again tested during the first flight across Everest and on the arm of racecar driver, Sir Malcom Campbell.

Over the next three decades, Rolex watches continued to make significant improvements, being tested all the way to the top of Mount Everest (29,029 feet above sea level) to the Mariana Trench (37,800 feet below sea level).

Through the years, Rolex has continued to develop and improve their watches with an emphasis on performance and precision.

The Value of a Rolex Watch

The value of a Rolex comes from its precision, performance and long history of innovation. A good entry piece for someone interested in a Rolex is the Air King model. These watches are the least expensive, starting at around $5,000. This is a great watch for someone looking to start a collection or get their first taste of a Rolex. The Air King is a tribute to aviation and is fairly smaller than other Rolex models.

One of the most expensive Rolex watches available is the Rolex GMT Master II Ice, which starts at around $485,000. This watch was recently worn by soccer star, Cristiano Ronaldo.  This watch was crafted with white gold and 30 carats worth of diamonds. 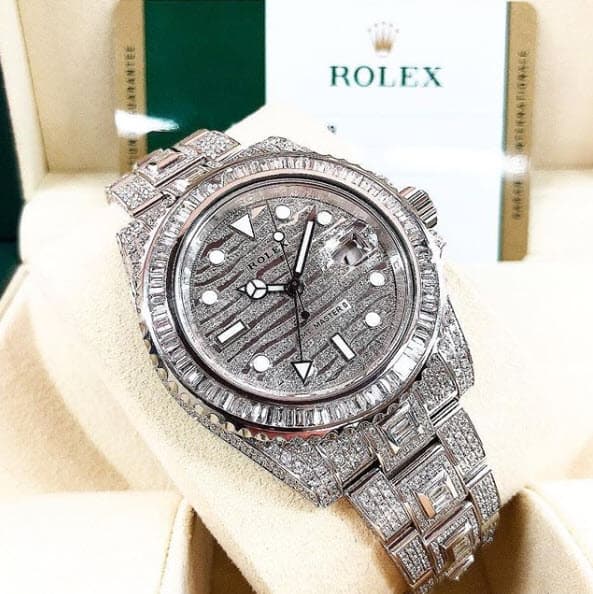 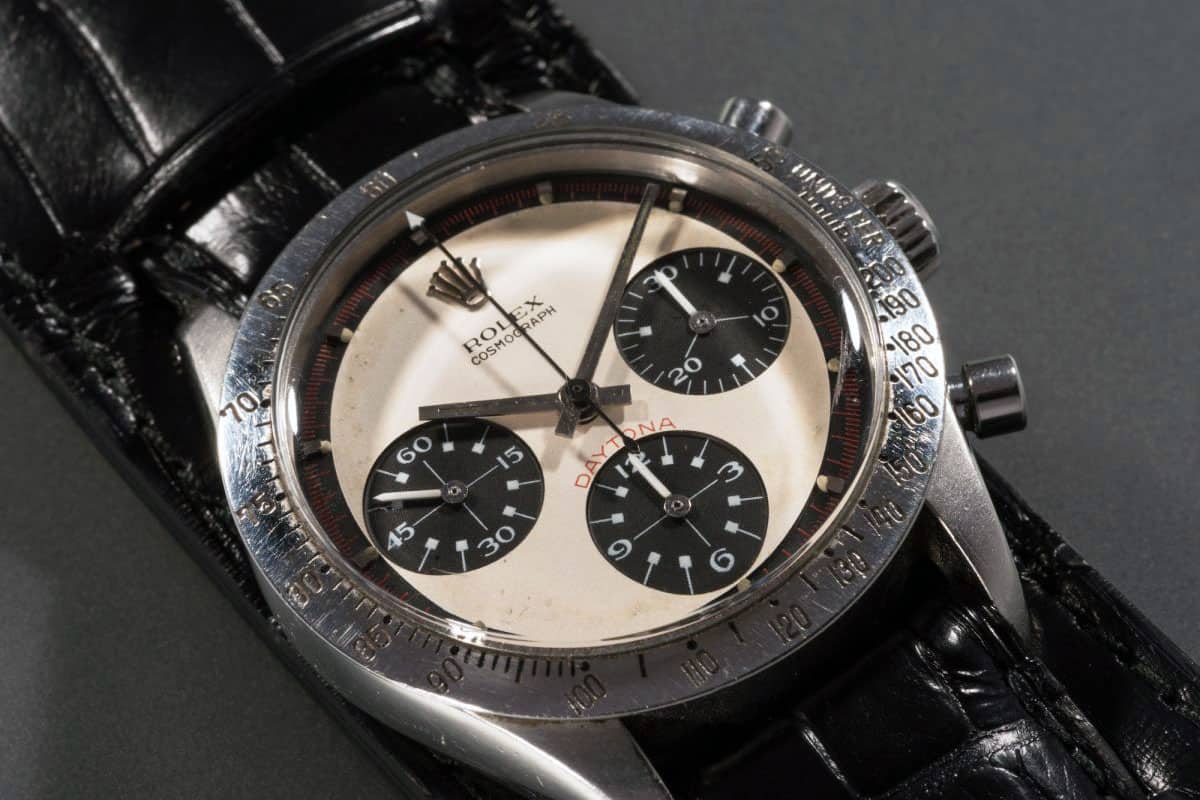 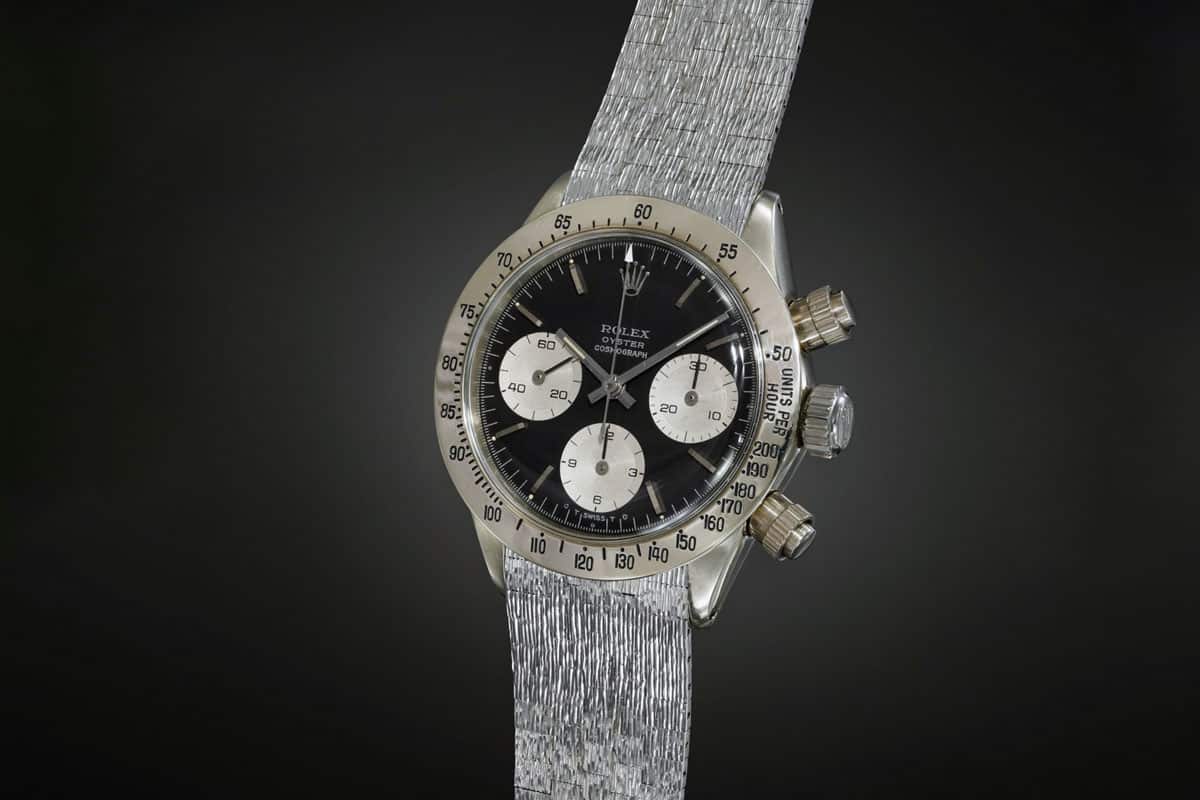 It is safe to say, however, that the rarest Rolex watch is the 1971 Rolex Daytona Reference 626 Unicorn. This watch was sold in 2018 for $5.9 million dollars. This watch is the only Reference 6265 that was crafted in 18-karat white gold. Most Daytona’s of the time were created in stainless steel.

James Bond also sported a vintage 6538 Submariner in the Sean Connery movies. In the Ian Fleming novels, James Bond wears a stainless-steel Rolex, and the first iteration of the movie franchise took care to deliver that continuity.

Because of the value the watches carry, they are often counterfeited. One such example of a counterfeit Rolex was the infamous watch owned by O.J. Simpson. This watch was reported to be initially purchased for a mere $125. A jeweler will be able to determine the authenticity of a Rolex and should be a part of any Rolex purchase. 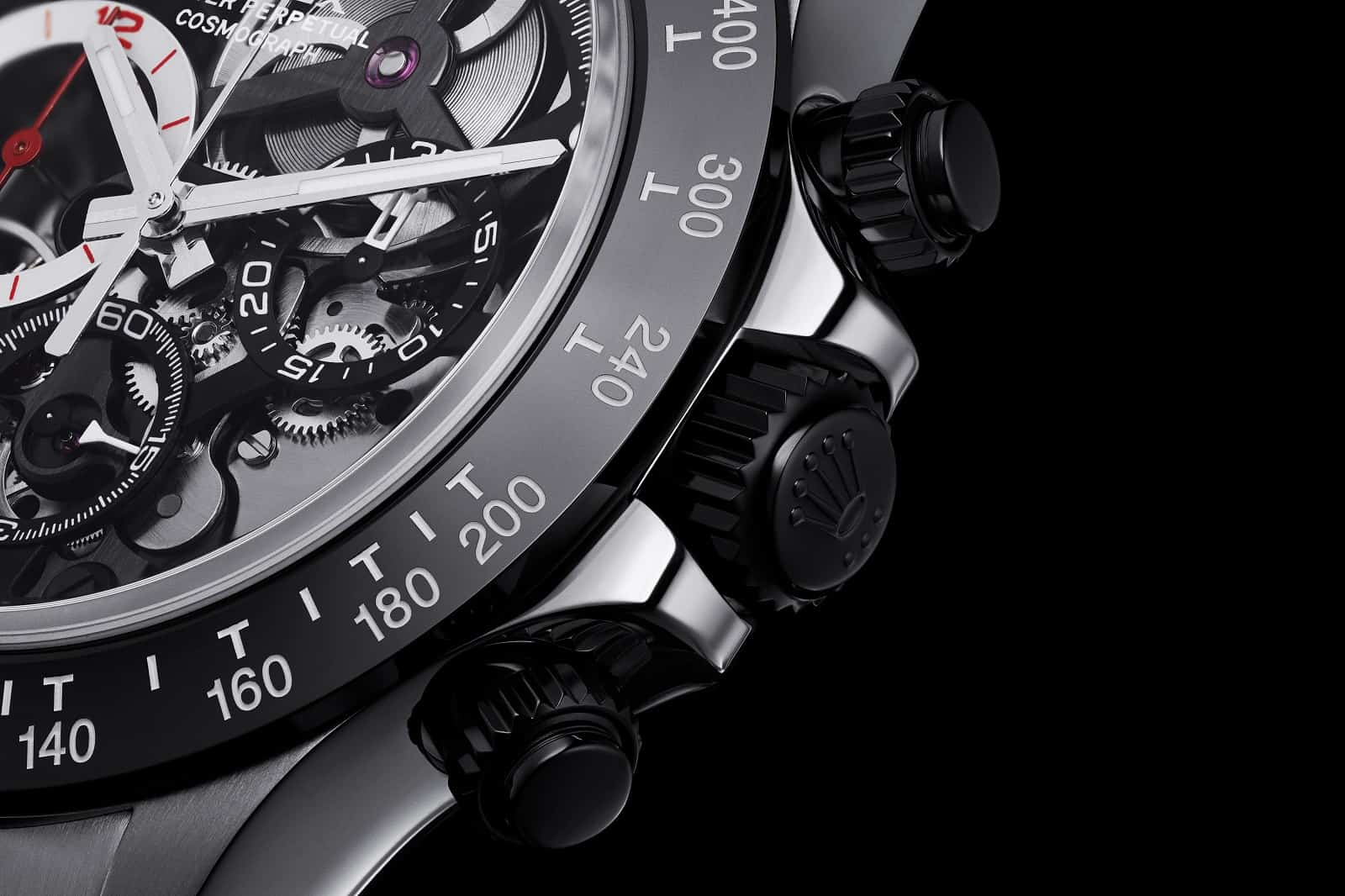 How to Care for a Rolex

Your watch can be cleaned on occasion using water and a soft cloth or brush. The frequency of cleaning will depend on how often the watch is worn. If your Rolex has a leather strap, you should not clean the strap with water.

Rolex watches that are worn every day do not need to be wound. If you wear your watch only on occasion or take it off for a few days, you will need to manually wind it before putting it back on.

Rolex’s are known for being waterproof due to their hermetically sealed crown. After winding your watch manually, make sure you have screwed down the crown entirely until it will not move anymore to maintain the seal and protect your watch.

All new Rolex watches that have been purchased after July 1, 2015 come with an international 5-year guarantee.