Hublot’s driving passion is “The Art of Fusion.” This motto drives them to create their unique designs that create effortless and modern luxury.

The company puts great value in the development of every feature of the watch. From materials to movement, every aspect of the watch has been designed by the Hublot team.

Hublot watches are known for their porthole shape. In fact, “Hublot” means “porthole” in French. The bezel of Hublot watches contain H-screws that make it look like a porthole. The other visual cue of a Hublot watch is its unique combination of runner and precious metals. 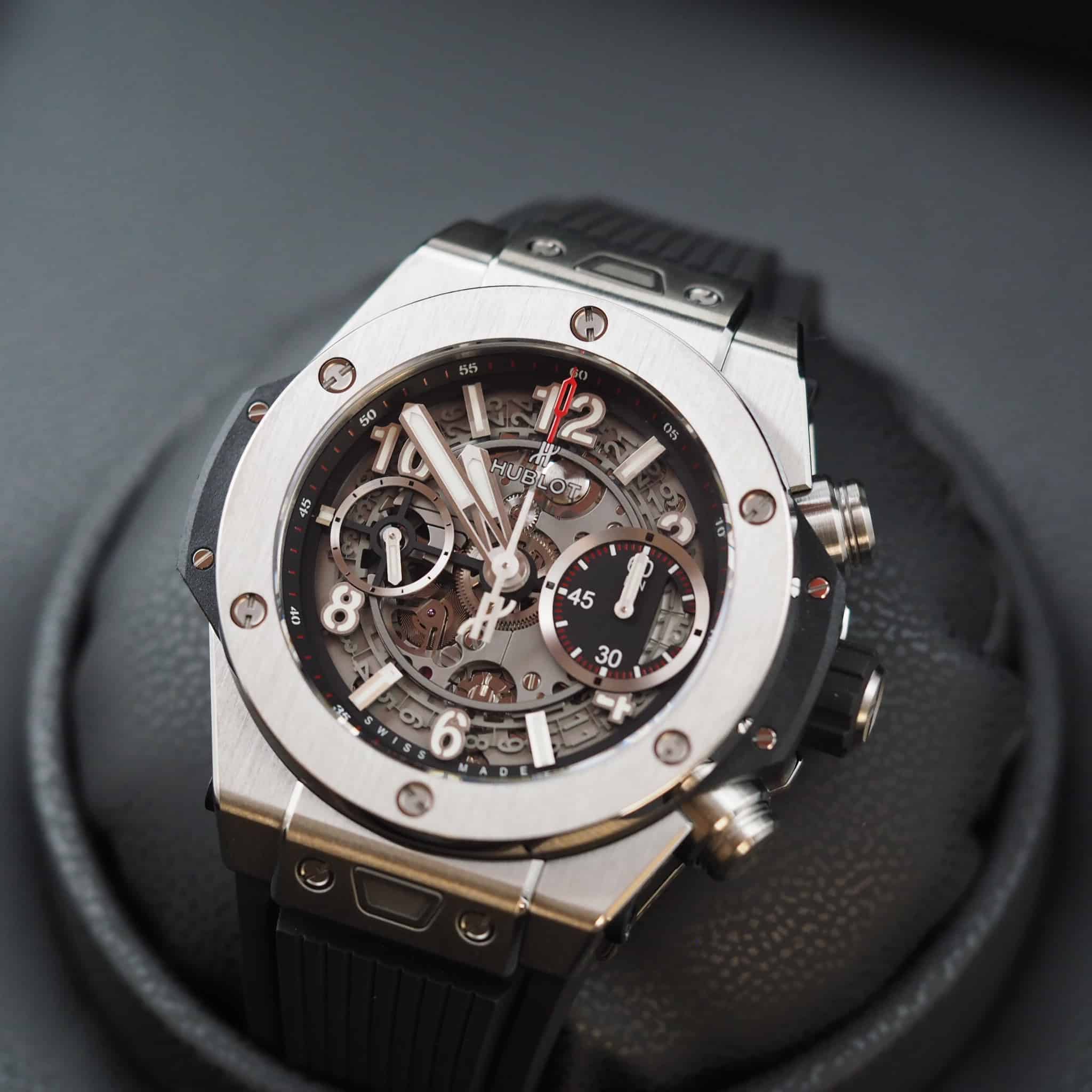 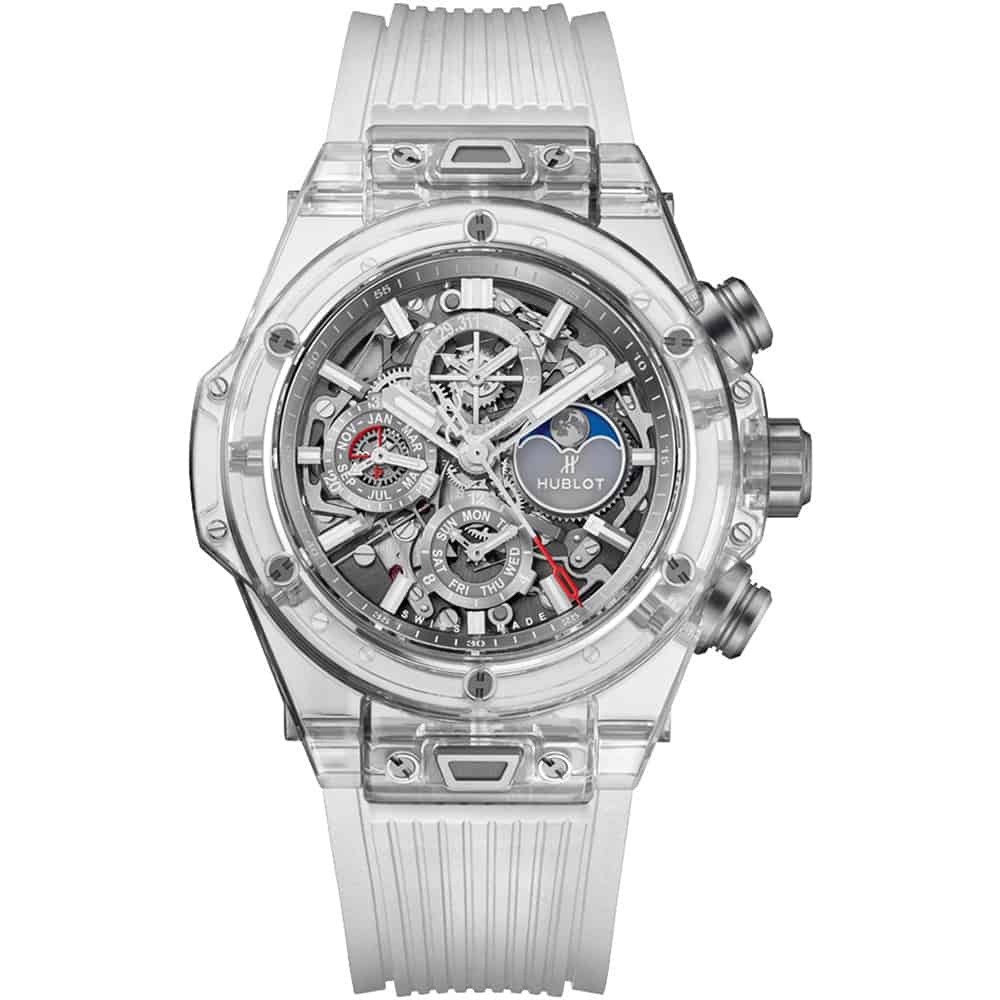 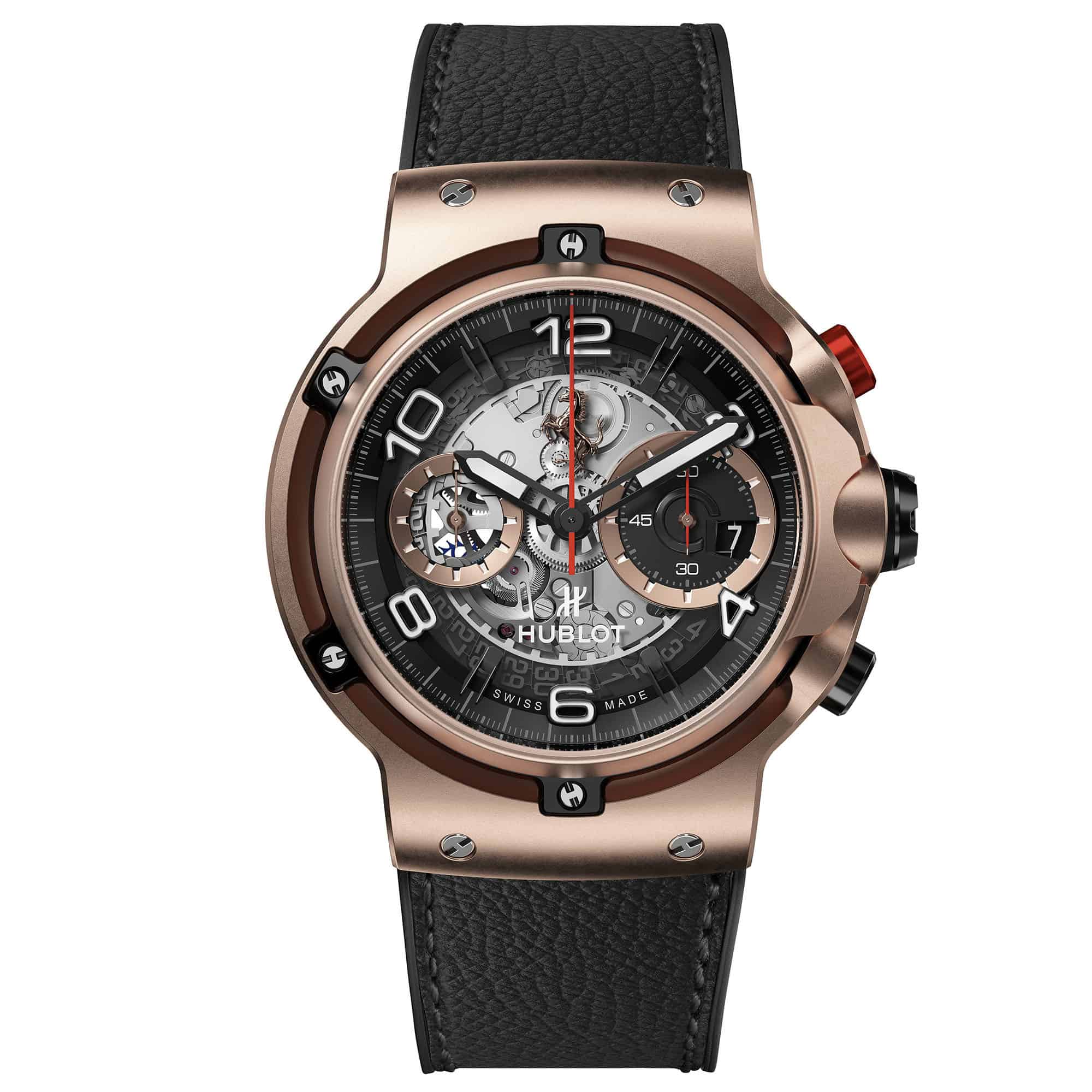 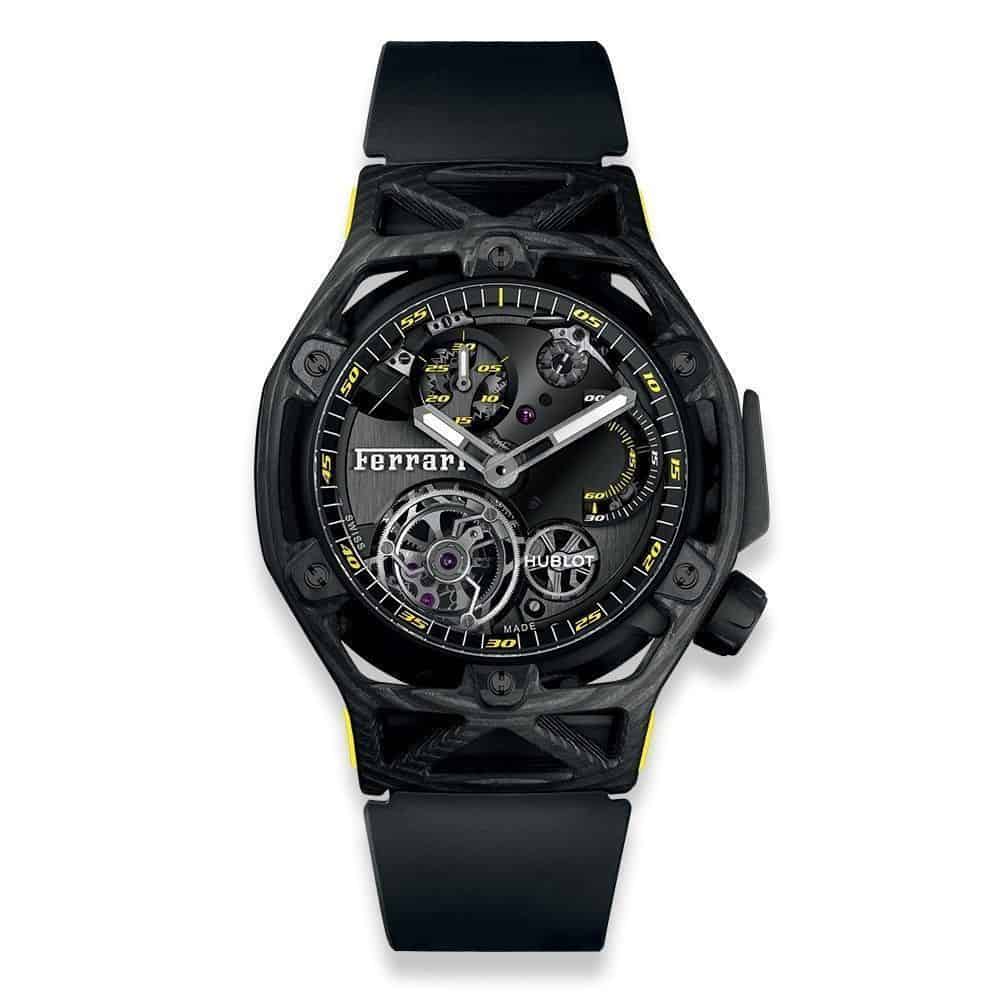 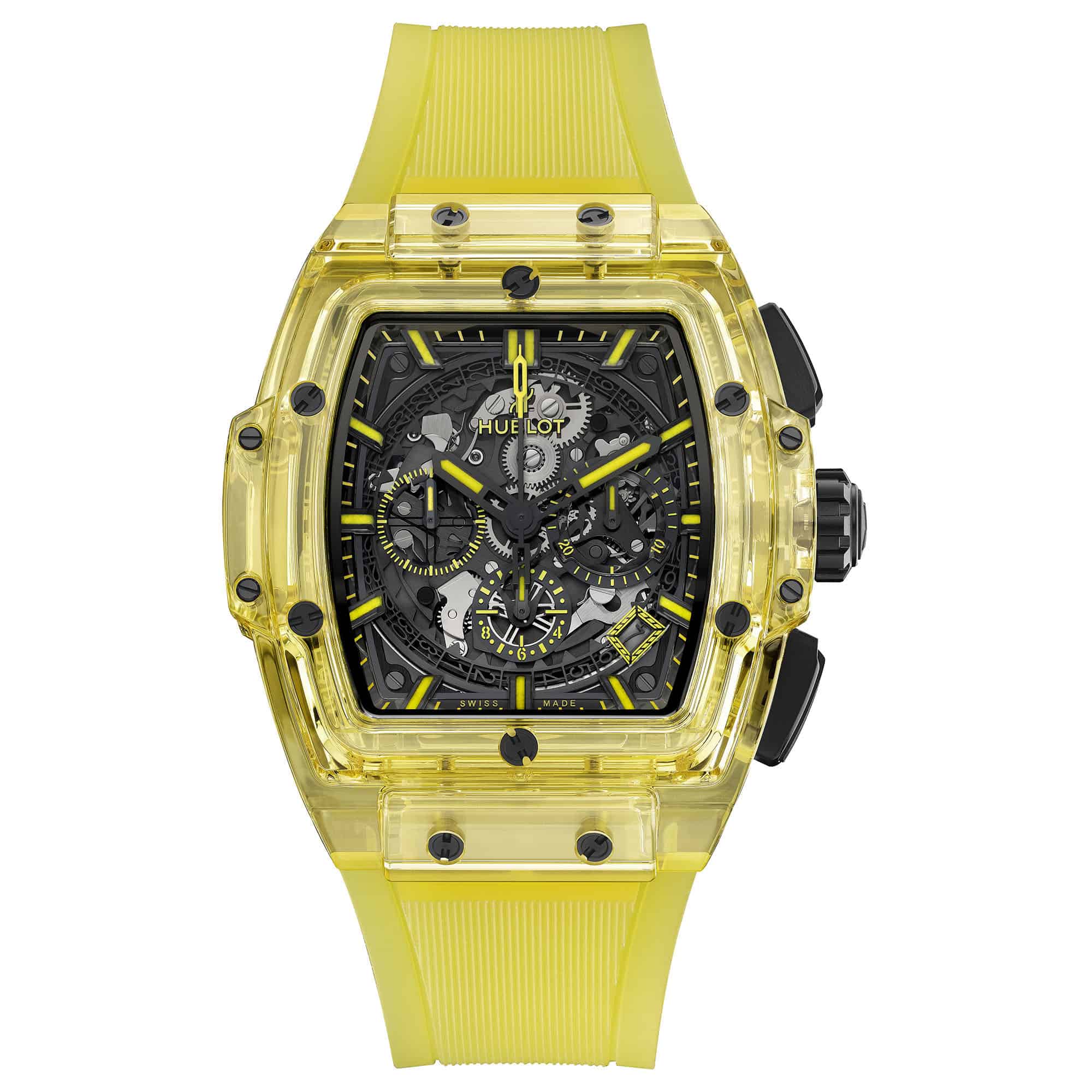 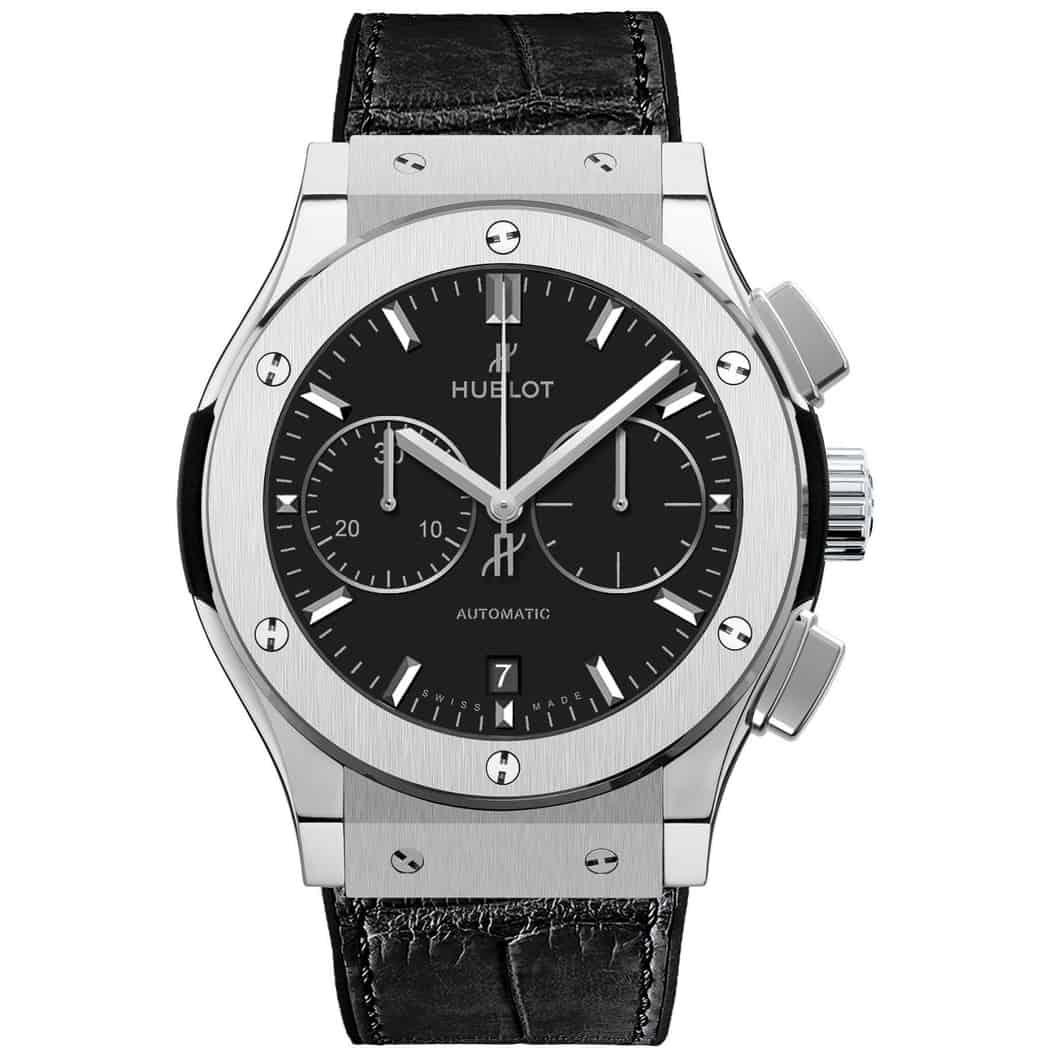 Hublot was founded in 1980 by an Italian watchmaker Carlo Crocco. Hublot is unique in an industry that has traditionally been dominated by companies that have been around for decades. While it did take a while for Hublot to be seen as a luxury brand, their dismissal of tradition and search for innovation in design has allowed the company to rise in the ranks and become a powerhouse of luxury wrist watches.

Carlo Crocco was no stranger to the luxury jewelry company, being born into the family that runs the Binda group. The Binda Group is a luxury Italian company that develops high-end watches, jewelry and leather accessories. Perhaps most notable of the Binda Groups holdings is the Briel watch company.

Crocco was slated to take over the Binda Group, but instead opted to launch his own brand of watches. He wanted to produce a watch that strayed away from tradition and reshaped the industry.

In 1980, Crocco opened his doors and presented his watch at the Baselworld watch fair. The watch was a hit at Basel due to one very particular innovation – the band was made of rubber. Luxury watches before this were typically crafted from precious metals and leathers. This was no ordinary rubber; it was a unique material that Crocco had developed for the watched.

Although the watches were a hit at the fair, it still took a while for the brand to gain some serious footing worldwide. After Basel, Crocco and his team had to work hard to establish brand recognition. He faced the unique challenge of communicating the value because the band wasn’t a flashy precious metal. Instead, the value of the Hublot watch lied in the complexity of the mechanism.

After years of hard work, the brand saw success and was worn by celebrities around the world.

Unfortunately, by the early 2000’s the company’s growth had slowed. They brought on a new CEO to help revive the brand. Once again, they shook up the luxury watch industry by introducing the Big Bang Chronograph at Basel in 2005. While traditionalists might not find the Hublot designs appealing, the company has paved the way to modern and refreshingly designed high-end watches.

The Value of Hublot Watches

Hublot watches start at $7,700 USD with the Classic Fusion 45mm. This is available in titanium, titanium opalin, racing grey titanium, titanium green and blue titanium. These watches have a 42-hour power reserve and a vertical satin-finished bezel with 6 of their famed h-shaped screws. They are water resistant up to 50 meters.

The most valuable watch available through retail today is the MP-09 Tourbillon Bi-Axis 3D Carbon 49 mm. This watch retails at $190,000 USD. There were only 50 of these limited-edition watches crafted and they boast an impressive 5-day power reserve. 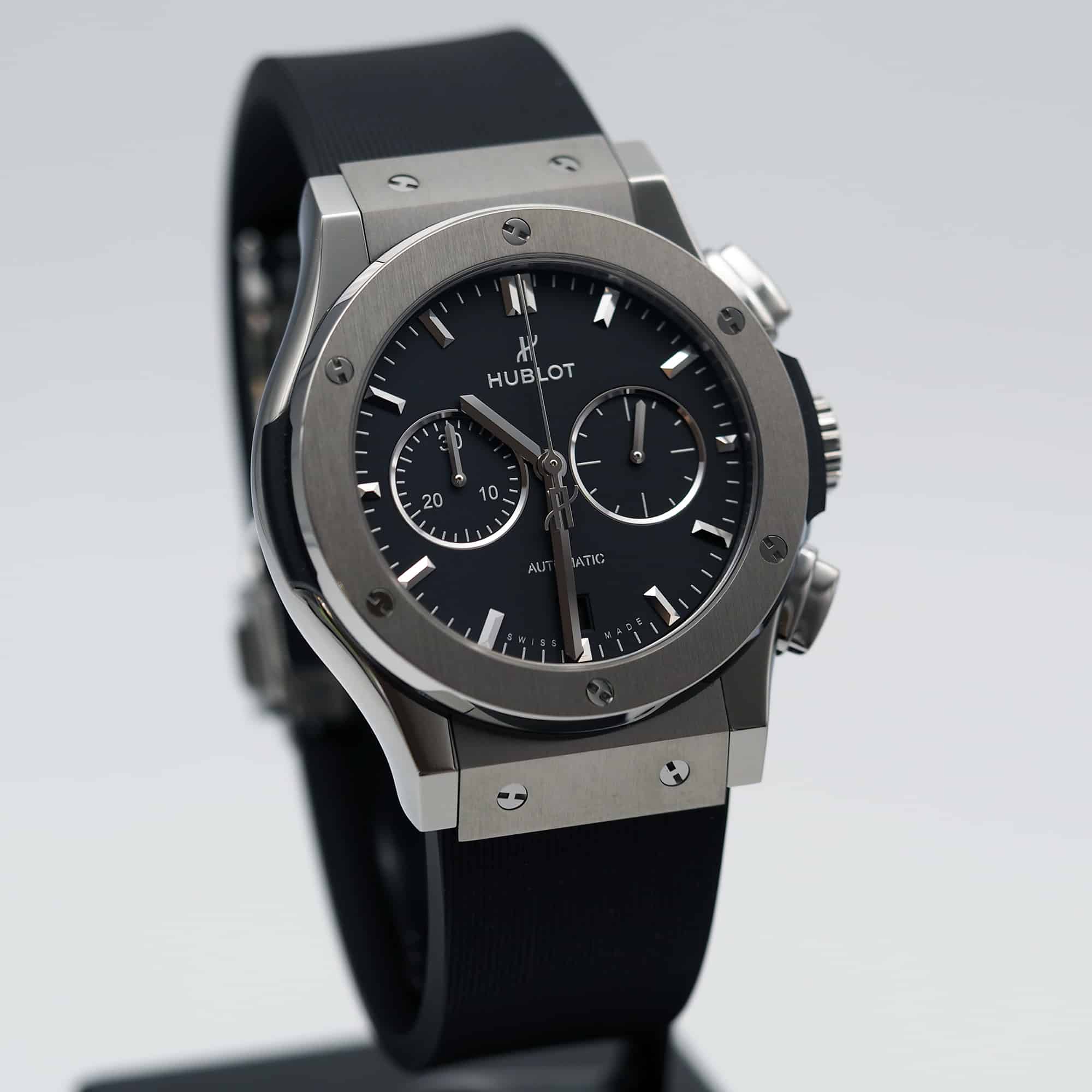 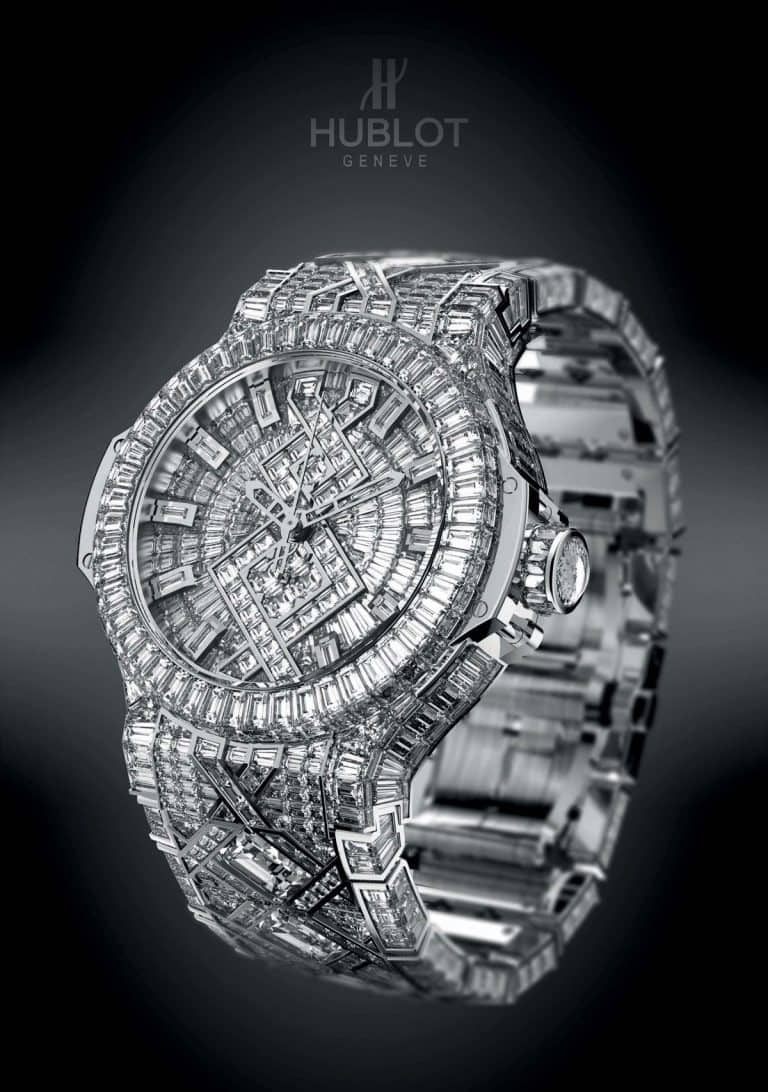 One of the most exquisite watches to come from the Hublot team is a $5 million watch known simply as “The Hublot”. This watch premiered at Baselworld in 2012 and is a diamond crusted take on the Big Bang. It sports 1,282 diamonds – 6 of which are more than 3 carats each. The watch contains a total of 140 carats of diamonds.

This breathtaking watch was crafted in a unique and incredibly laborious way. Most watch makers will design a piece like this around a specific stone to highlight its beauty. This watch was designed first and then the hunt for the perfect stones was on. All in, it took 14 months to create this truly one-of-a-kind masterpiece.

The Hublot was given to Jay-Z from his wife Beyoncé as a birthday present. 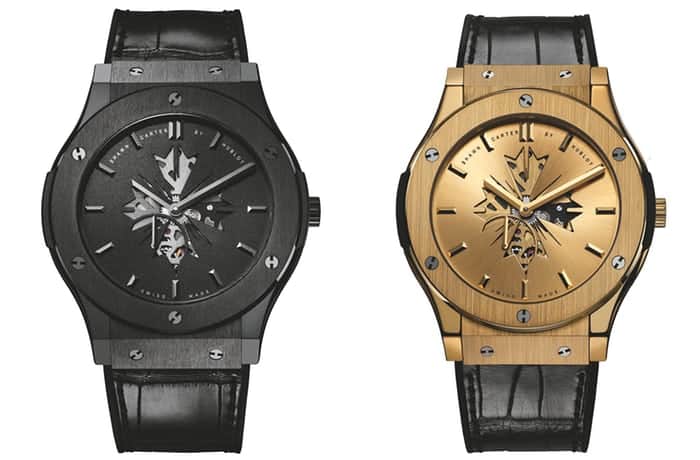 A year later, Jay-Z came out with a collection of Hublot watches named The Shawn Carter. These watches use the Hublot Classic Fusion frame with a little added Jay-Z flair. The watch has the Shawn Carter logo cut into the dial which allows the wearer to see some of the device’s internal movements. The watch had two options for faces, one in black ceramic and one in yellow gold, of which only 250 and 100 were crafted respectively. 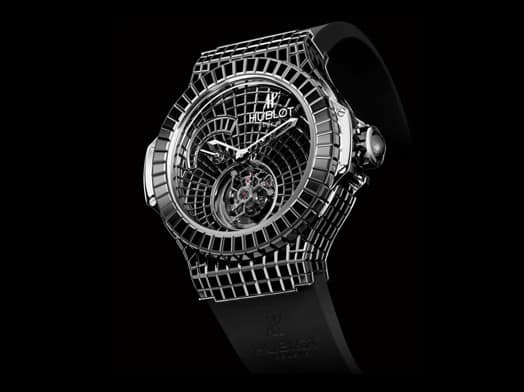 Another rare Hublot watch is the Black Caviar Bang. This watch, valued at $1,000,000, boasts 322 precision cut black diamonds that cover the face of the piece. There was only one Black caviar Bang made. It’s harmonious design of black diamonds make this walk as beautiful as it is unique.

Hublot is beloved by many celebrities, including Kylie Jenner and Usain Bolt. Recently departed and beloved basketball superstar, Kobe Bryant was also a fan of Hublot. He served as a brand ambassador for the company. They released 250 limited edition Black Mamba watches that drew on his on-court personality and his time playing for the Lakers.