Most notably on Audemars Piguet timepieces is the octagonal bezel with 8 screws. This iconic design is present in most time pieces they produce. They are also known for their thin watches. Unique mechanisms allow the watches to stay thin. But perhaps what is most unique about the brand is the impact they have had on luxury watches to this day. 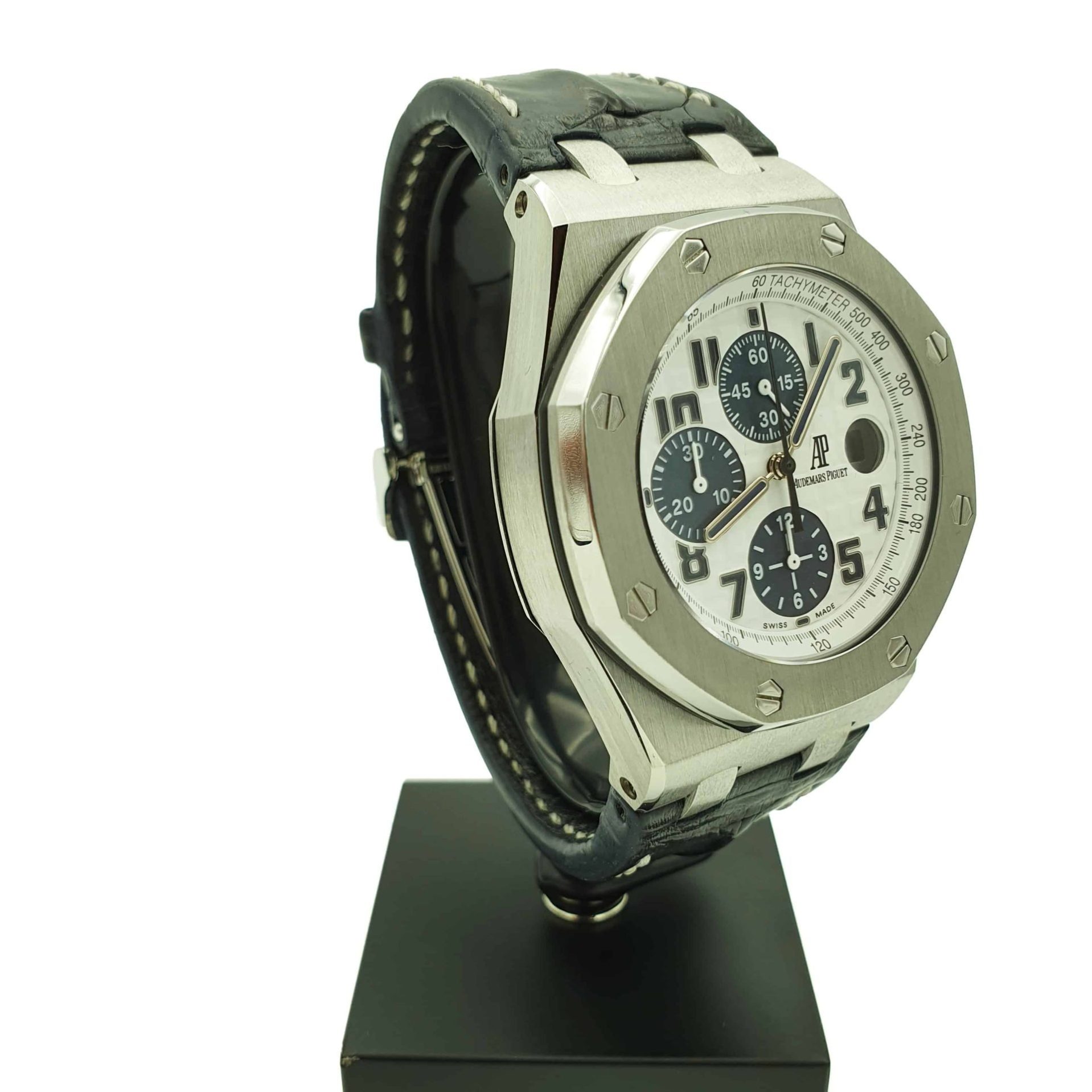 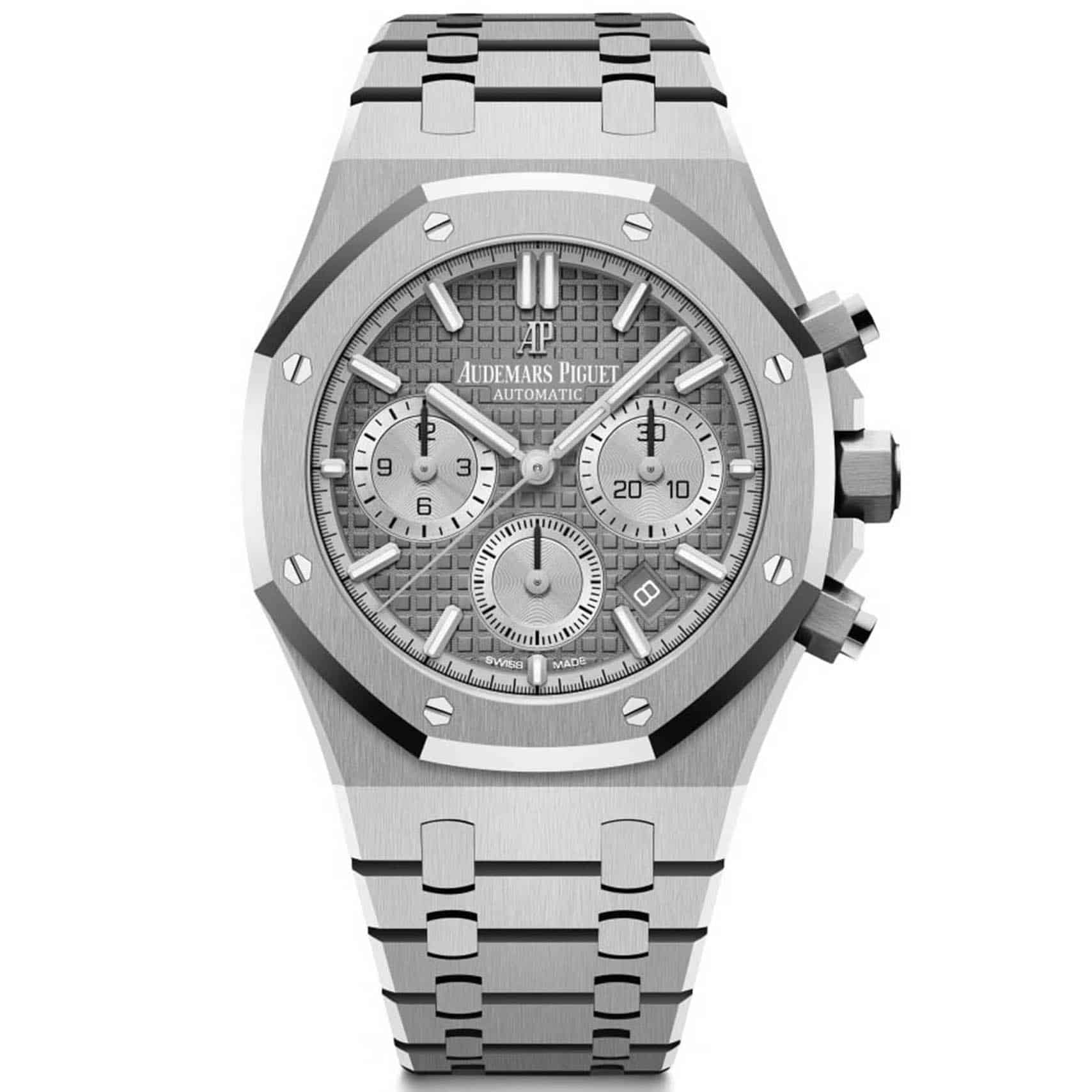 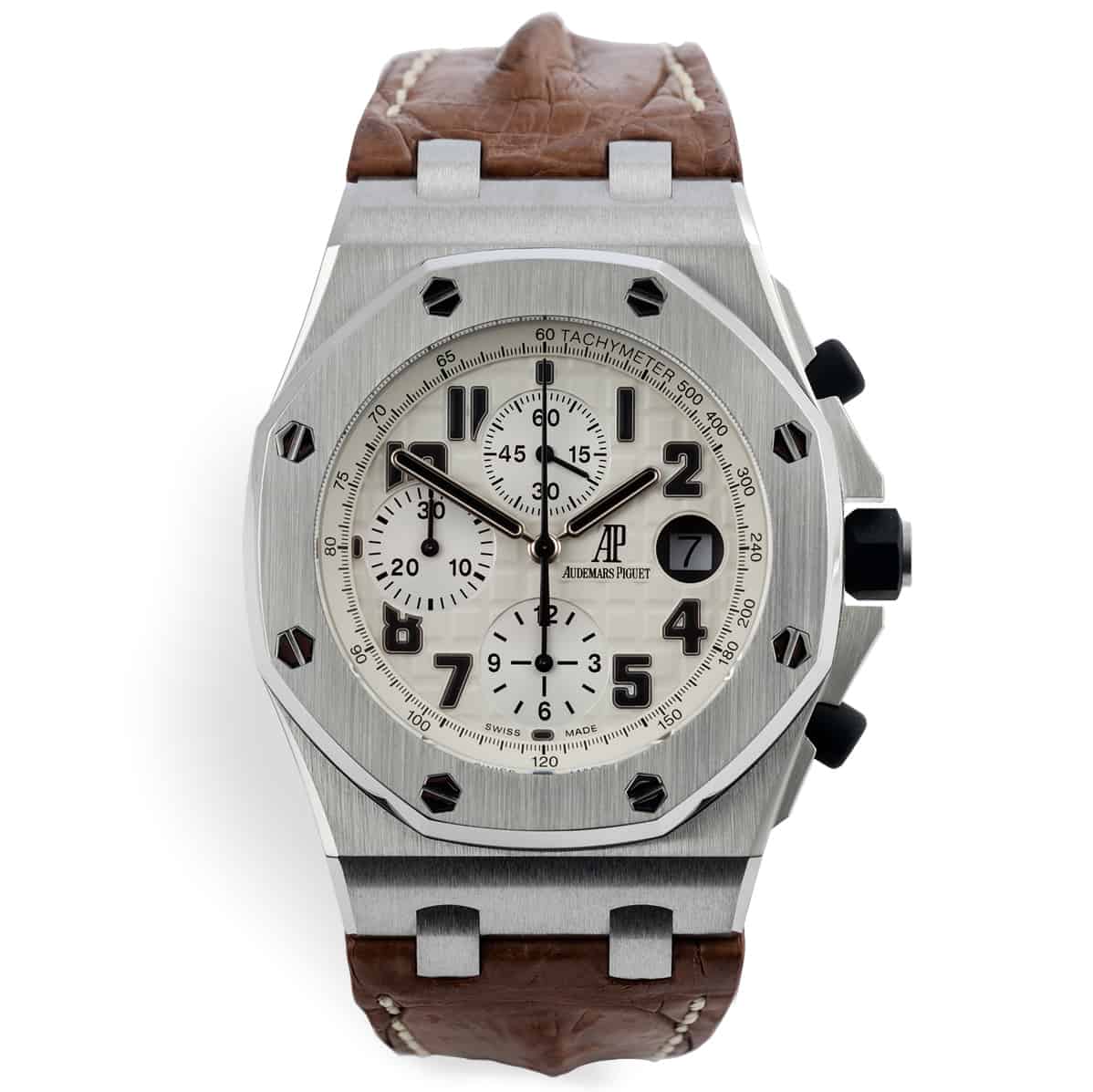 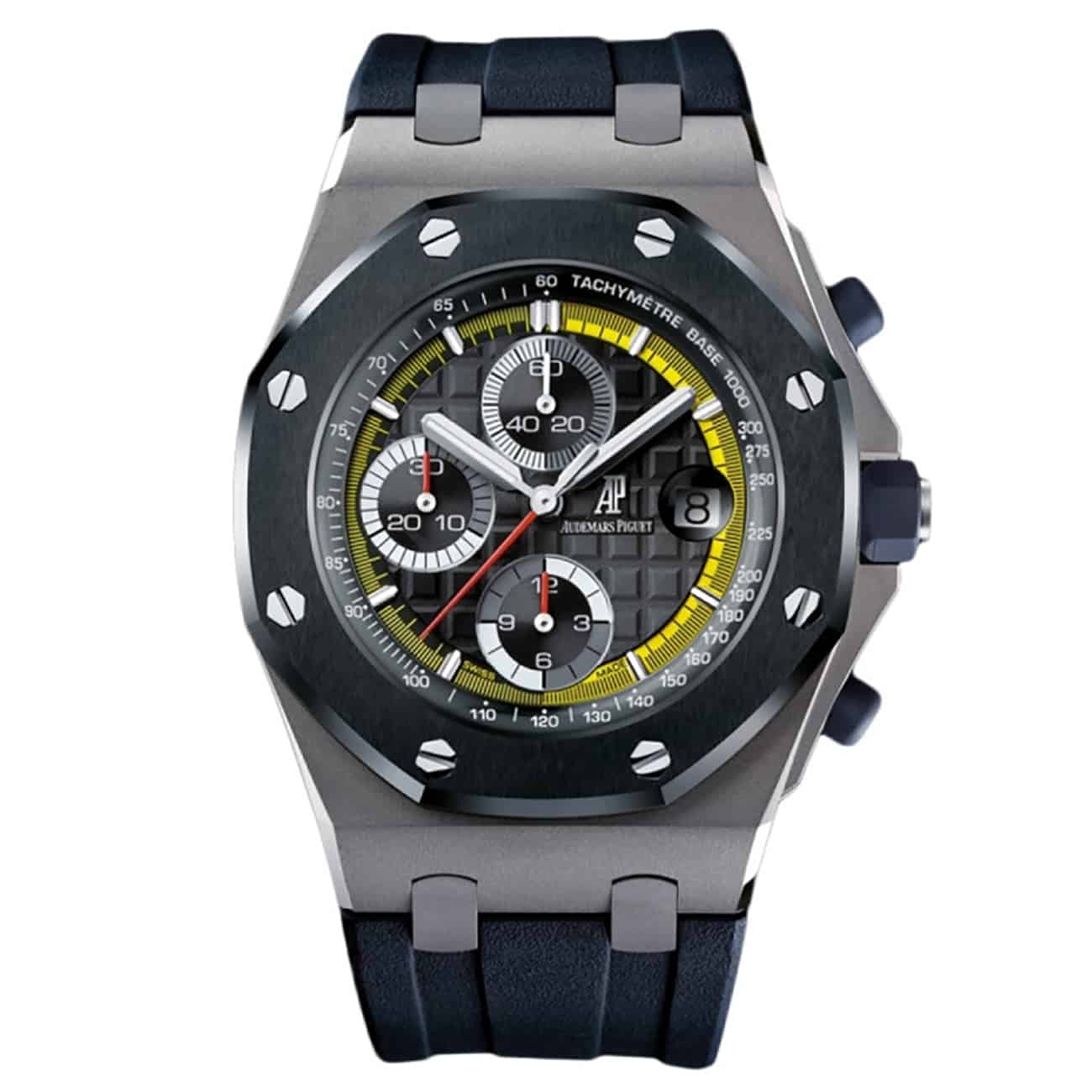 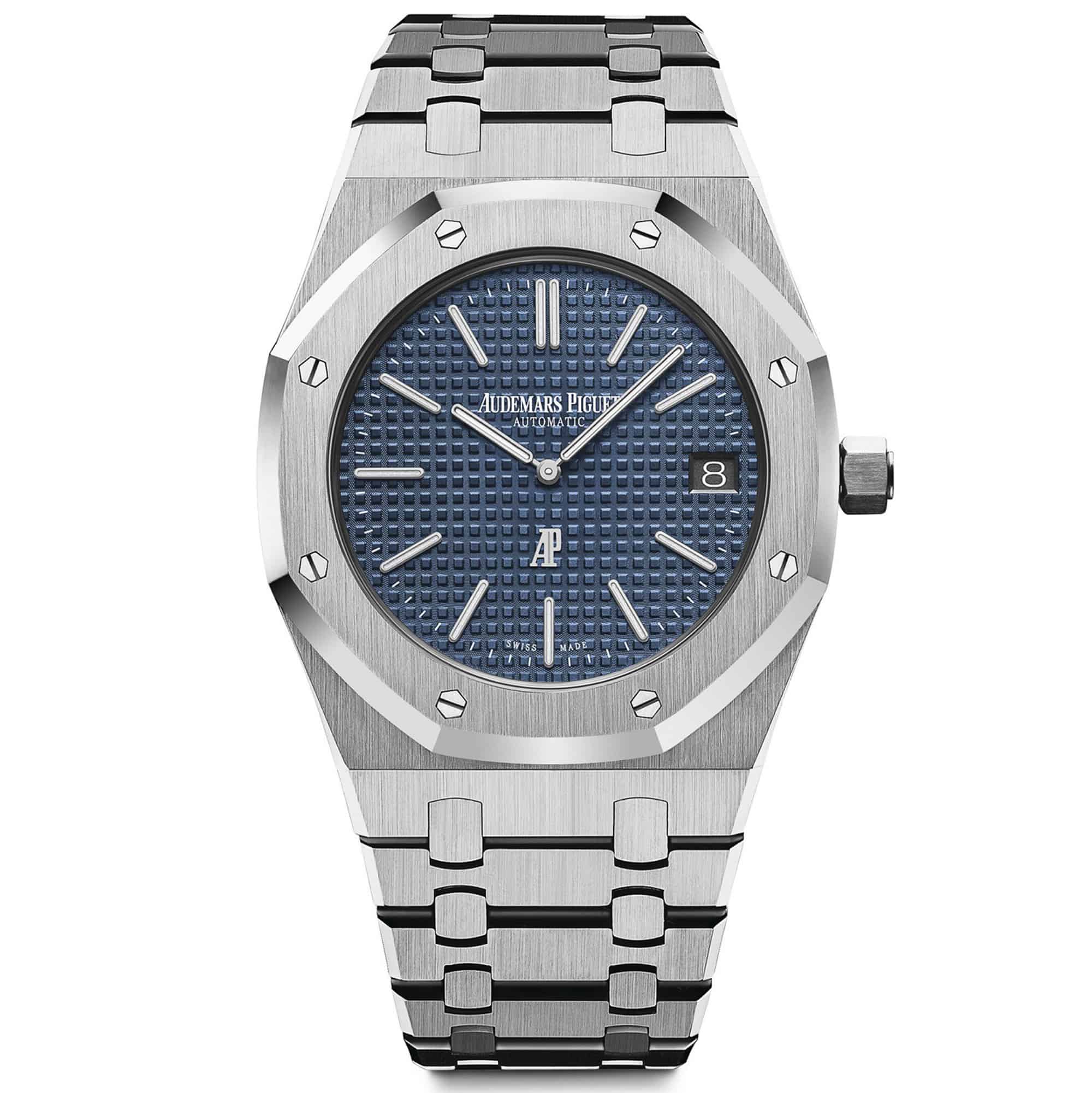 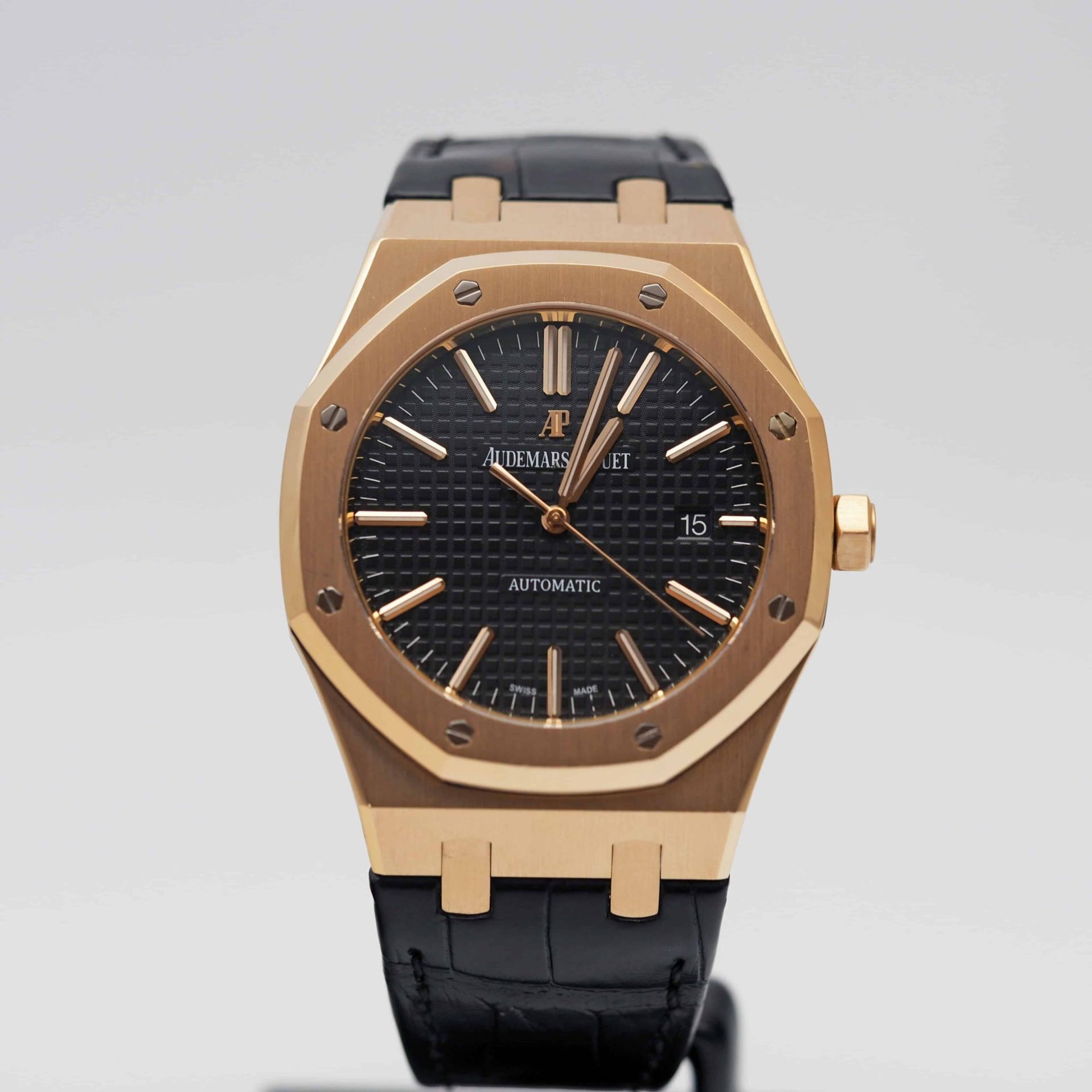 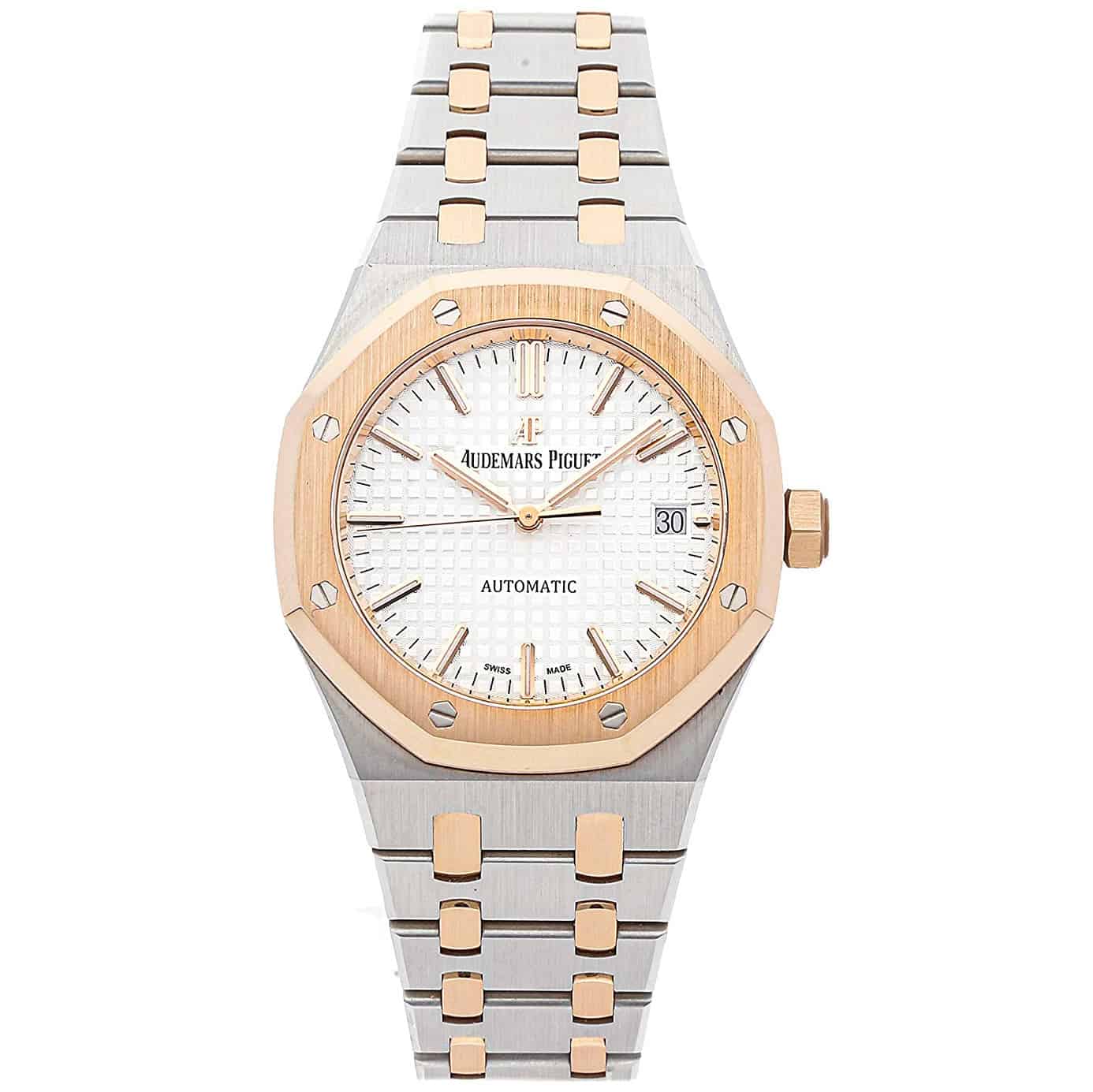 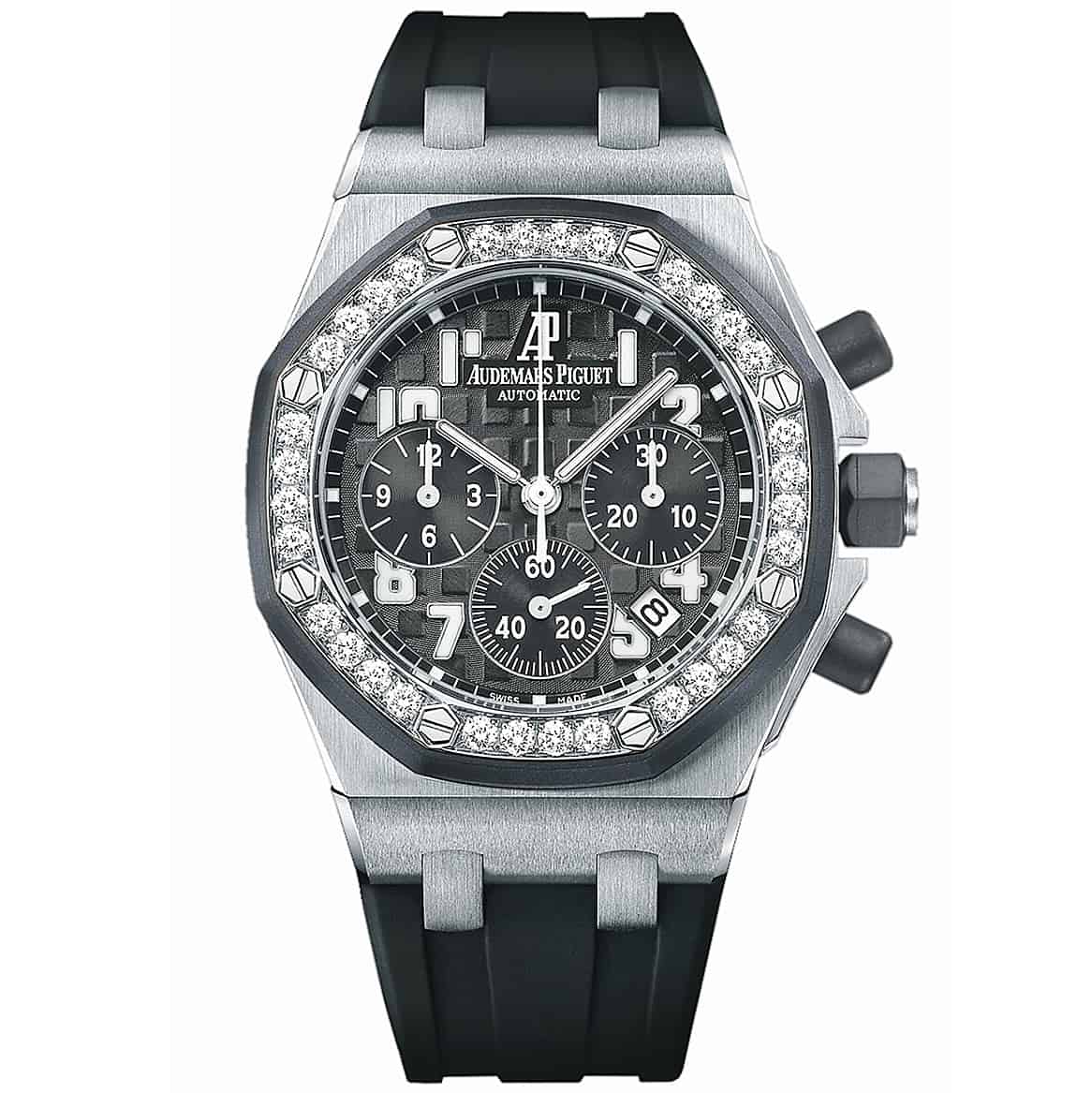 The History of Audemars Piguet

Audemars Piguet is a luxury watch maker nestled in the heart of the Vallee de Joux, a gorgeous region in the Jura Mountains that serves as inspiration for the brand’s designs. The Vallee de Joux is located just North of Geneva, where many other traditional watchmakers are headquartered.

The company states their founding date as 1875, but they did not acquire the name Audemars Piguet & Cie until 1881. It was founded by Jules Louis Audemars and Edward Auguste Piguet, two individual watchmakers who decided to join forces and create this revolutionary brand. Audemars had previously worked on complex watch motion and Piguet had previously worked on the regulation of watch movements.

When the two teamed up, Audemars focused on production and Piguet focused on sales and managing the company. The company has been family owned since its inception – the fourth generation of Audemars are at the helm of the brand to this day.

The company continued on through the next 70 years, continuing their quest to create high-quality luxury watches. However, it was in the 1970’s that Audemars Piguet really made their mark on the wristwatch industry.

At the time, quartz movement watches were gaining popularity and the traditional watch making industry was slowing. It was at this time that Audemars Piguet took the industry by storm with the Royal Oak. At this time, many watchmakers did not have sports watches in their collections and steel casing was never used. Audemars Piguet broke both of those unspoken rules with the luxury Royal Oak, a sports watch in a steel casing. This watch redefined luxury time pieces and continues to be a staple of the watch market today.

The Value of Audemars Piguet Watches

If you are interested in an entry-level Audemars Piguet, look no further than the watch that launched it all – the Royal Oak Selfwinding. This watch is perhaps the most iconic Audemars Piguet piece because of its impact on the industry as a whole. This watch comes with the trademark octagonal bezel with 8 screws.

The Royal Oak Selfwinding retails starting at $20,400. If you want to own an Audemars Piguet, there is no better place to start than the Royal Oak.

However, if you are looking for something a little more decadent you might be interested in the Royal Oak Openworked Grande Complication. This watch has an open dial that allows the wearer to view the inner workings of their luxury sports watch. With a case thickness of only 15 millimeters, it is clear this watch is a masterpiece of performance and design.

This piece of course contains the octagonal bezel and 8 screws. It is clearly an elevated version of the company’s biggest success story. The Audemars Piguet website states this watch is not for sale, so it seems you might need to have some connections to get your hands on this piece. Some sources have been quoted to show that a watch like this would come at a price tag of nearly $950,000 USD. 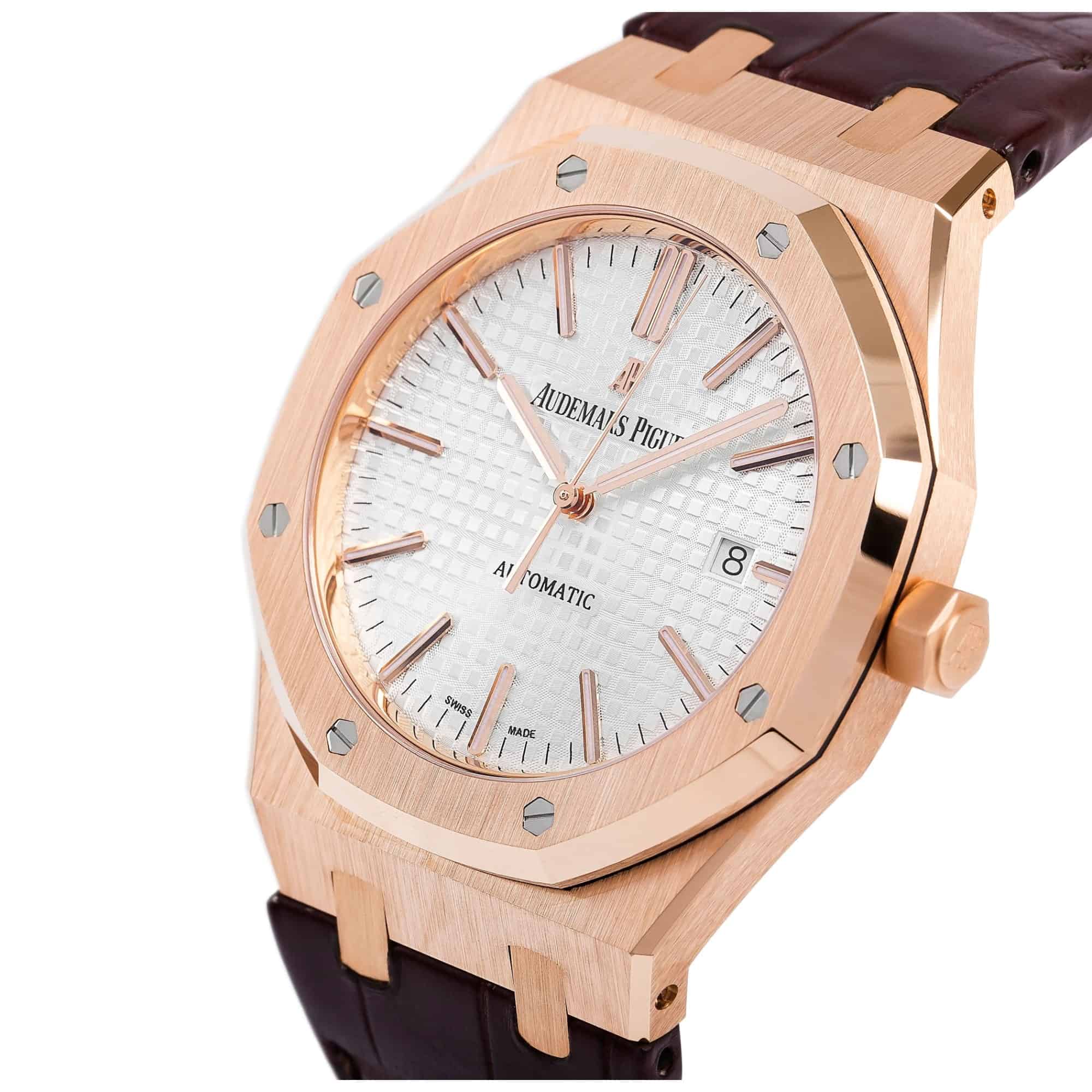 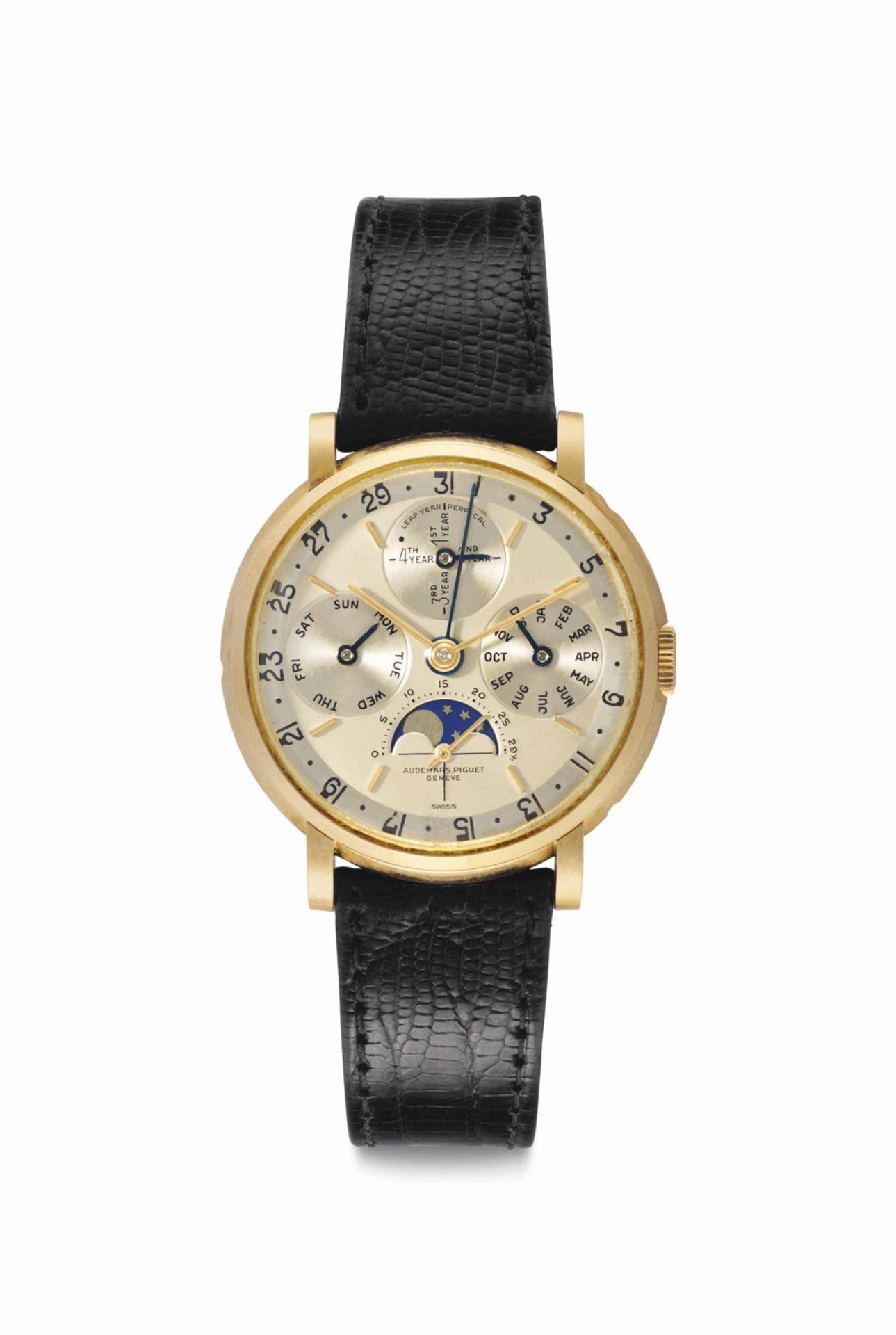 The most expensive Audemars Piguet to sell at auction was the Geneve Leap Year Perp. This piece was sold at the ‘Rare Watches and Important Discoveries’ auction in New York in 2015. Here it commanded a price tag of $545,000 USD. This was made in 1957 with a two-toned silver dial. The watch features the leap year, moon phases and is made of 19k gold 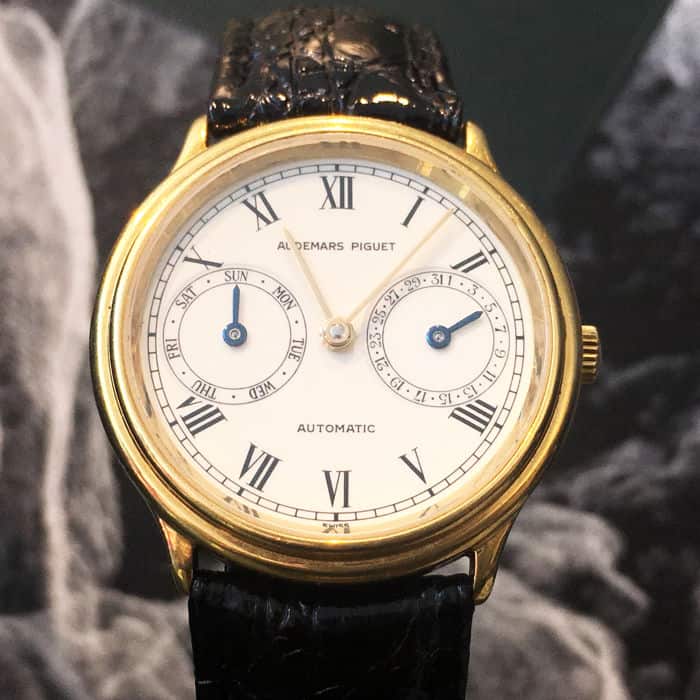 Another notable Audemars Piguet watch is the Geneve manufactured in 1950. This 18k chronograph wristwatch is widely believed to be the only one of its kind that was ever made. In 2010 it sold at auction for $383,381.

Audemars Piguet is a favorite among celebrities including Jay-Z, James Corden, Ellen DeGeneres and Denzel Washington. Arnold Schwarzenegger is a known fan of the brand. He first wore a prop Audemars Piguet in his film End of Days. The watch was so popular that the company ended up producing a limited edition of the watch he wore as a prop. He has also worn the watch in Terminator 3. The brand is clearly a fan of Schwarzenegger when they produced the massive 55-mm wide Royal Oak Offshore The Legacy in his honor.